Ready for challenges seen ahead 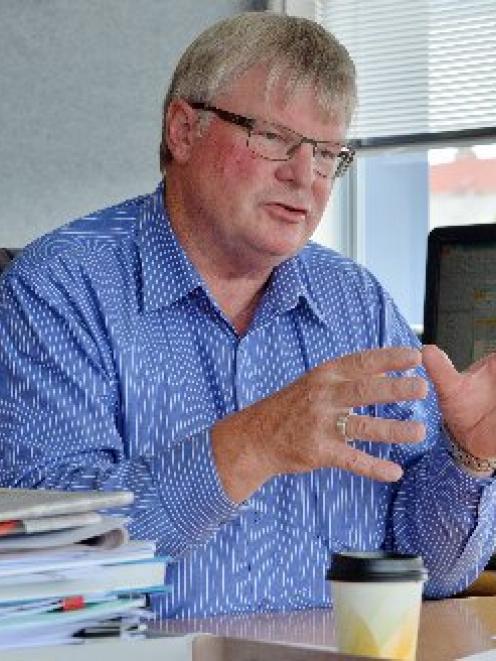 Twelve months into his role as Otago Regional Council chief executive, Peter Bodeker has been impressed with the balanced approach of the council and its staff. Photo by Gerard O'Brien.
Any apprehension Peter Bodeker may have had about leaving the primary sector for an organisation perceived as ''green'' has been put to rest in the past year.

The Otago Regional Council chief executive has been in the job for 12 months and has been impressed at the balanced approach taken by the staff and council to resource management versus economic sustainability.

While the council had been criticised in some quarters as not considering the economic impact of its decisions, he believed the council did, although he thought it could be done more formally.

The council's encouragement of community irrigation projects was an example of that, as it produced a strong economic benefit for the region.

However, that was not at the expense of the environment as the council had on its staff some of the best ecologists and hydrologists in the country, who were passionate about protecting Otago's environment, he said.

In the past month, Mr Bodeker had brought in a management review.

Now he would look at the accommodation issue the council had been battling with for years.

Overcrowding had been alleviated by the new council chamber building, leaving conditions he described as ''not the worst I've seen'' but not ideal.

He would not comment on rumours about the proposed waterfront hotel using the council's empty Kitchener St site or any joint venture rumours, but confirmed no formal approach had been made for the site.

Other challenges ahead included implementing water quality and quantity plan changes, finding the council's role on issues such as wilding pines and investigating more effective rabbit control and river management, he said.

A community global consent process was being trialled for river management with the Kakanui and Kauru river groups and if it worked it could be replicated around the region.

Being able to meet the Government's air quality standards was another challenge the council was struggling with.

It was talking to the Government about appropriate standards for some towns when cost and a lack of heating options was holding people back, Mr Bodeker said.

Overall, he had appreciated being able to get out into the community.

''What I've enjoyed most is engaging with ratepayers.

"I'm mindful the urban communities of Dunedin and Queenstown don't have a lot to do with us; it's the nature of our work.''

The council's new stakeholder directorship would look at social media and other approaches to communicate with ratepayers.