Records give insight into early Dunedin 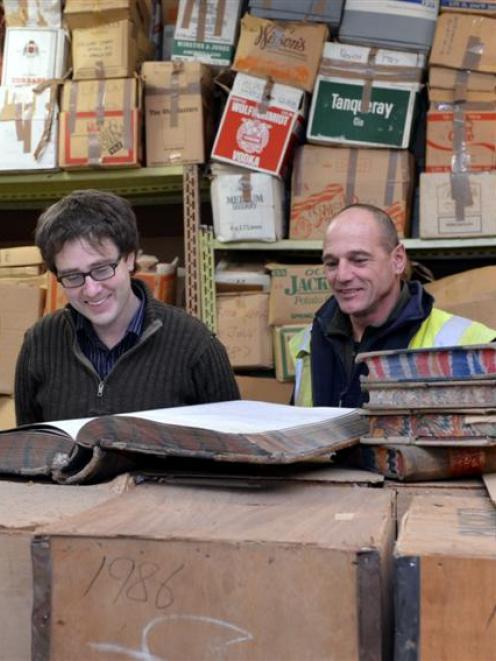 Lund South Construction foreman, and building site manager, Barry Skudder said a room on the ground floor of the building which had remained untouched since Russell Lund bought the building in mid-'90s was ''floor to ceiling full'' of records in boxes and crates.

As the construction crew cleaned out the building for the development of its second floor - which it is hoped will be redeveloped into a 24-unit apartment complex - some of the boxes were opened and found to contain records dating back to the early days of the building's use.

Hocken Collections archivist Dr David Murray said the library would take away the records and sort through it to add historical documents to its collections.

''It was quite a surprise how much early history there was,'' he said. 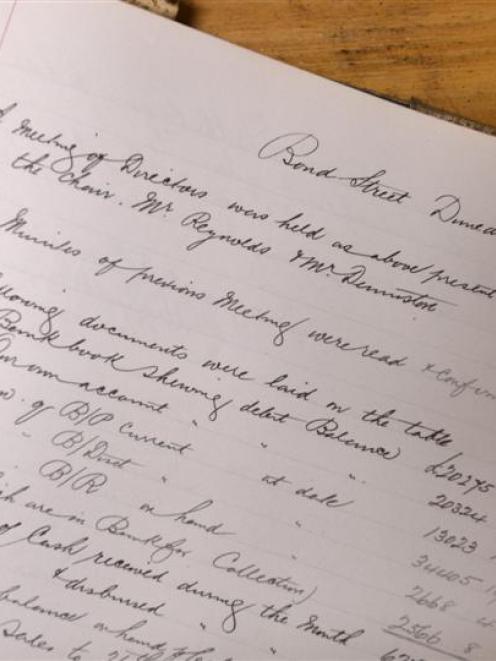 An account book from the New Zealand Loan and Mercantile Agency Company Ltd dated to 1886.
''Dunedin was the industrial and commercial capital of New Zealand at the time and these [the building's tenants] were a couple of the most prominent companies in Dunedin,'' Dr Murray said.

''These records can tell you quite a bit about society [at the time].

''It can be quite time consuming but very rewarding.''

Mr Skudder said he was pleased Hocken Collections would take the records and hoped it would contribute to the history of the city.

The New Zealand Loan and Mercantile Agency Company Ltd building, originally known as the Otago Wool Stores, was built in 1872 for stock and station agents Driver Stewart and Company.

The New Zealand Loan & Mercantile Agency Company Ltd took over Otago Wool Stores in 1874 and made additions to the building in 1885, 1915 and 1929, before selling it to Stewart's Transport in the 1960s.

The building has been untenanted since 1999.