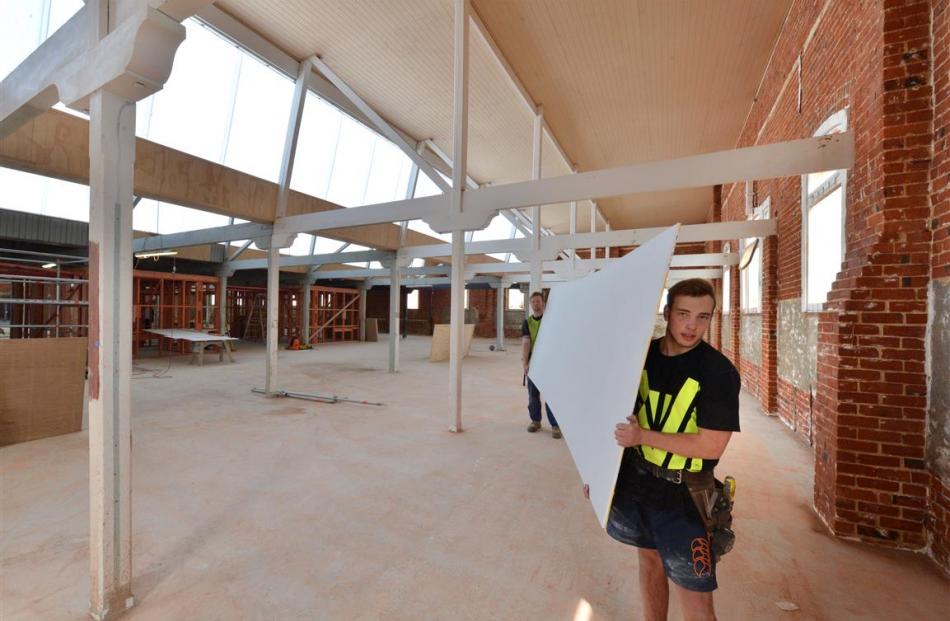 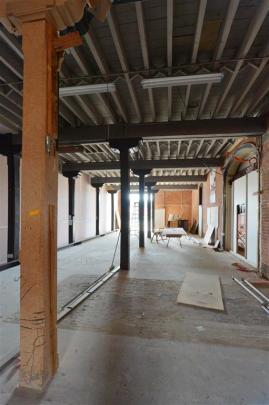 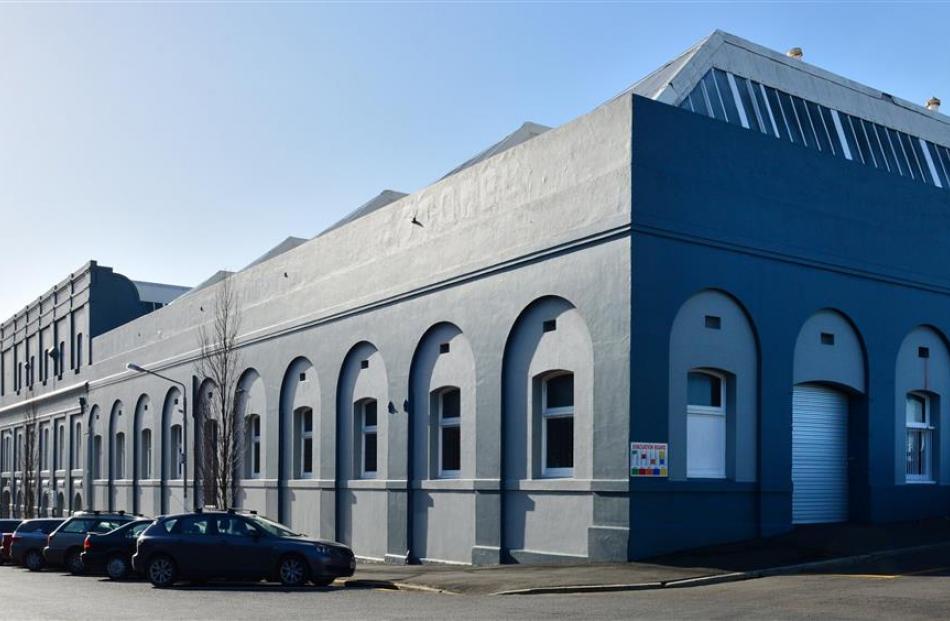 The exterior of the building.

A huge face-lift for one of the warehouse precinct's biggest buildings will include dozens of new windows, a giant arched entranceway on to Vogel St and a three-storey atrium.

The 127-year-old building at 123 Vogel St in Dunedin is being transformed over the next few months into a mix of modern office space, retail, hospitality and car parking.

Scaffolding began covering the building last week and the first of dozens of new window spaces were cut through the building's exterior yesterday.

A giant atrium will soon be built on the Vogel St frontage, spanning the 6000sq m building's full three-storey height, with a suspended staircase and a internal bridge.

An original barn-style Vogel St door will be retained and revamped to allow shoppers access to the ground floor Carpet Court space from Vogel St, as well as the present Cumberland St entrance.

Large quantities of concrete have been poured to strengthen the building, while areas of original brickwork, bluestone and timber will be displayed alongside modern finishes.

The result, owner Chris Barnes said yesterday, would be a beautiful modern building, able to accommodate hundreds of people in a number of businesses, as well as allowing room for 40 undercover car parks.

Work was under way to set up a cafe in the Vogel St ground floor space.

Dunedin legal firm Gallaway Cook Allan was due to move into the top floor later this year.

Mr Barnes said the $4 million build was due for completion at the end of May, at which point tenants would undertake fitouts.

The plans for the renovation were completed several years ago, but Mr Barnes said now was the time to action them.

"The redevelopment of Vogel St has meant it's the hot-trot place to be. Everyone wants to be renting here now. It's a key street.''

Two other factors had made the renovation work, Mr Barnes said. One was the hard work of the Dunedin City Council, a body he said he had had no trouble castigating in the past.

"I've been involved in a number of developments over the years and I've certainly been given the red carpet, not red tape, with this.''

The council's heritage fund, its urban design team leader Dr Glen Hazelton and an overall "change in attitude'' from the town hall had all contributed, he said.

Dunedin's tradesmen were the other sector showered with praise by Mr Barnes.

The city's building trades led the country in their expertise with heritage restorations, he said.

"They have a vast amount of knowledge on this sort of work.

"I mean, they're the people. I just couldn't do this in any other city. They know how to do the job well.''

Mr Barnes said the first section of scaffolding would be removed in three weeks time, revealing a new black exterior for the southern end of the Vogel St frontage.

• Complete renovation and strengthening due for May completion.