Refugee integration should be a shared task: professor 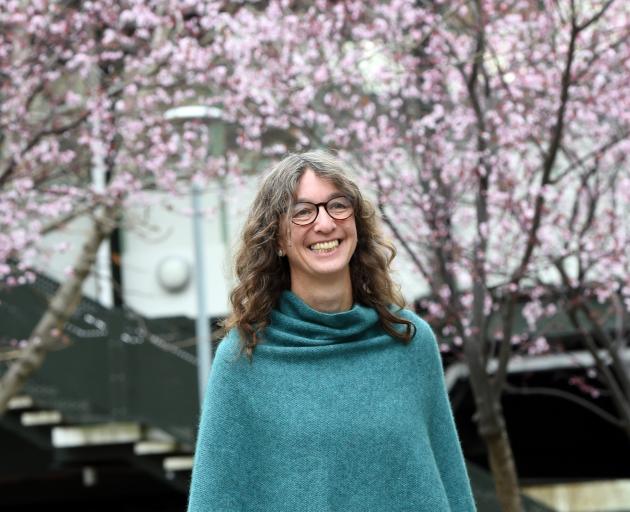 Prof Alison Phipps, of Glasgow, is visiting the University of Otago. PHOTO: GREGOR RICHARDSON
Refugee integration should not simply be viewed as a further burden for new arrivals, but as a shared task for all Dunedin people, a visiting academic says.

Prof Alison Phipps, who first visited Dunedin in 2017, holds the Unesco Chair of Refugee Integration through Languages and the Arts at the University of Glasgow, Scotland.

At that stage, Dunedin had only recently become a formal centre for refugee resettlement.

She returned to the city and to the University of Otago last month as the De Carle Distinguished Lecturer, and said the city was making further progress.

Bureaucrats and state-sponsored bureaucratic frameworks for resettlement were "important, and unavoidable in the technocratic state", and were part of ensuring accountability over former refugee resettlement, she said.

However, something to be avoided was "overdoing the support or doing things to, or for people, as they arrive".

Former refugees also needed the freedom to do things their own way and to be supported to make contributions to cultural and public life on their own terms.

This was "vital to the flourishing of cities who welcome refugees", she said.

The Dunedin Multi-Ethnic Council was also playing an important role through its expanded operations.

City residents were also vital in relation to refugee integration through the cultural work and social connections that formed between people, as had already been seen in Glasgow, which had also embraced refugee resettlement.

"After dramatic upheavals in their lives people need the chance to live and work normally, to tell normal stories of the week, the weekend, to go on holiday and come back, rather than to go and to have to keep running.

"You know you are safe because you are beginning to live a normal life, provisioning for your family, meeting your neighbours, standing with others at a bus stop."

This was clearly better than being haunted by memories of former abuse.

"It's early days and there is a long way to go, but the step taken to welcome refugees was courageous and allows the city to tell new stories about itself, its past and its future," she said.

Prof Phipps is an ambassador for the Scottish Refugee Council, and her visit to Dunedin is hosted by the university's Centre for Global Migrations.