Relationship had 'Pride and Prejudice' correlations 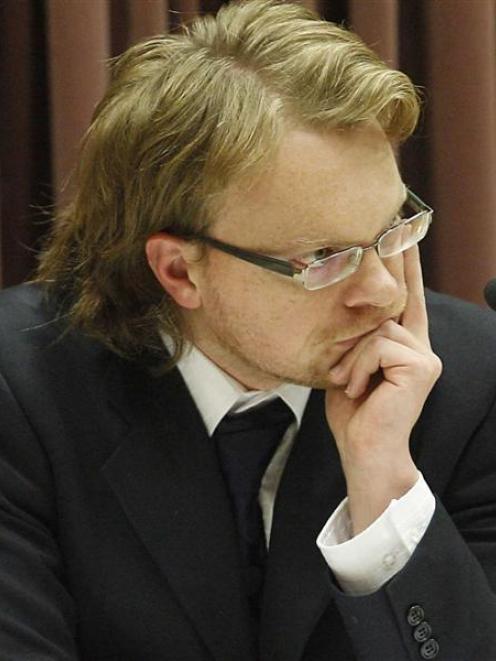 Questioned by defence counsel Judith Ablett-Kerr QC Weatherston said Sophie talked about him looking like Colin Firth, the actor who played Darcy in the BBC television series. And she talked about stubborness of both characters.

''I think she wanted to have a more interesting life and part of that was engaging in an element of melodrama,'' Weatherston said.

''Elizabeth Bennet was one of the characters she affiliated with and obviously Marilyn Monroe was one of her role models,'' he said.

He was being asked about references he made to Pride and Prejudice and Mills and Boon during his cross-examination yesterday when he described some of Sophie's behaviour as melodrama.

Mrs Ablett-Kerr also asked about an appeasing letter Weatherston had written to Sophie in August 2007, five months before he stabbed the 22-year-old to death in her bedroom.

In the letter he said he thought she was attractive and clever and that she made him feel sexy and good about himself. He told Crown counsel Robin Bates he had written the letter to appease Sophie because of problems that had arisen in their relationship.

But, as he told Mr Bates, he later asked Sophie to return the letter because he no longer felt some of the things he had expressed in it. She had not wanted to give it back. She said she wanted to keep it to refer to.

She was ''very upset'' when he asked for it, the accused told Mrs Ablett-Kerr.

''I think she needed to refer to it to boost her self-esteem.''

Weatherston said he felt he had not been lying in the letter which was meant to be very positive.

He believed she kept it in a ''private and confidential'' drawer in her room.

But he agreed he did not really know.

At the start of court today, Justice Judith Potter asked members of the public not to make loud comments or exclamations during the hearing.

There was noticeable reaction from the public gallery yesterday during a couple of terse exchanges when Weatherston was being cross-examined.

Justice Potter asked people in the public gallery exercise self-restraint and avoid such outbursts which, she said, were disruptive for the jury.