By Oscar Francis
0 Comments
A magpie has gone from being blown from its nest to forming an unlikely bond with a Dunedin man’s pets.

Lance Whyte has hand-reared Pie the magpie after she was blown out of a nest during a gale three and a-half months ago.

Since then she has become firm friends with two of his other pets: Curly, a Staffordshire-cross dog, and Crunchy, a tortoiseshell cat.

Now, wherever the dog goes the cat goes — with the magpie in between them.

Pie hit it off quickly with Curly, but took a little longer to do so with Crunchy.

The first time that the cat grabbed Pie, she quickly put Crunchy "back in its place".

Now the three animals were "best of mates", and often played with each other.

Pie joined in playfights and followed the other animals around when they went outside to explore.

Pie was especially close to Curly and liked to clean his ears out, along with all the "eye goop" out of the corner of his eyes.

She also picked stuff out of his teeth.

"He just sits there and lets her do it," Mr Whyte said. 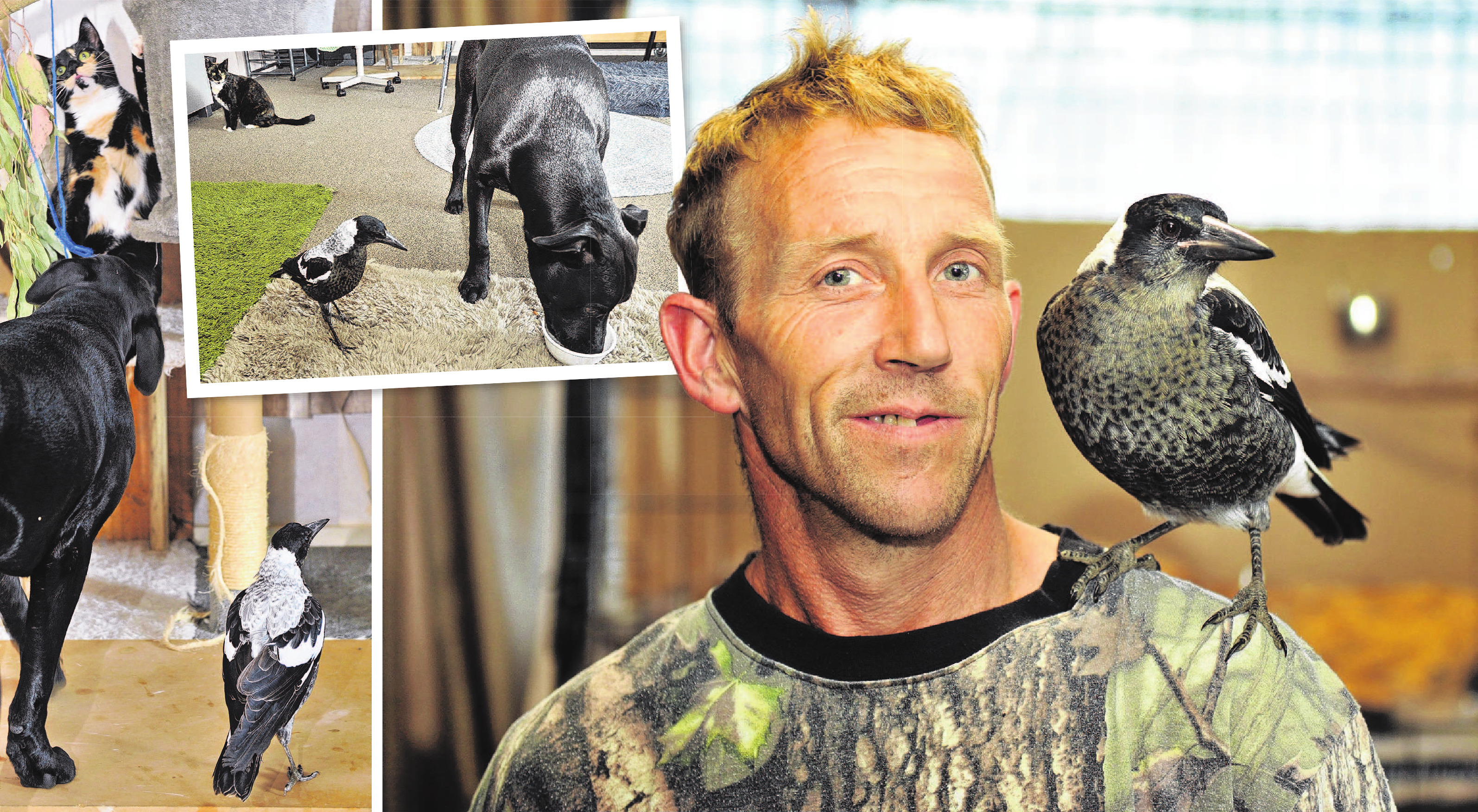 She usually took a few teaspoons and then headed off to find some of her own food.

Magpies were known for being for territorial, and occasionally other magpies in the area have given Pie trouble.

Her first interaction with other magpies occurred when she started free-flying and three of them started trying to knock her out of the air.

Pie quickly lost altitude and ended up hiding across the road on a neighbour’s section.

She saw Mr Whyte standing about 50m away, and when she spotted a break, "she just beelined" straight to him, and jumped on his shoulder.

Magpies were also known for their intelligence, including the ability to pass the "mirror test" and Mr Whyte said Pie could "definitely" recognise her own reflection.

Pie also likes to practise mimicry, which Mr Whyte said he discovered one day when he thought the neighbour’s shih tzu was barking, only for it to turn out to have been Pie all along.

Pie also mimicked other birds, including budgies and rosellas.

"It’s definitely hard to tell them apart," he said.

Pie also used tools, including sticks to knock seeds out of other birds’ cages.