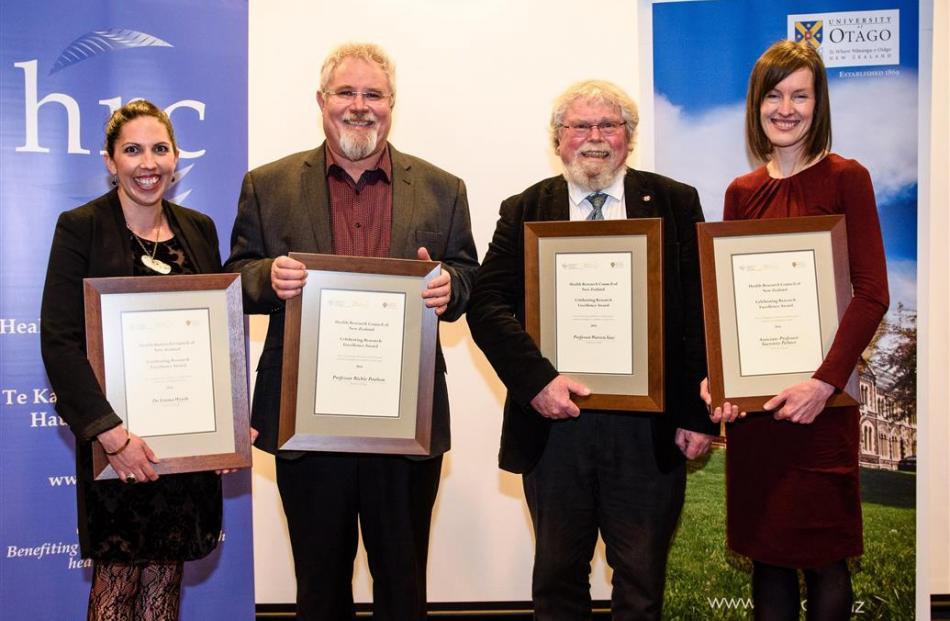 Biochemist Prof Tate was a "molecular science pioneer and mentor'', who had also made an outstanding contribution to health research excellence and leadership.

The impact of Prof Poulton's research had been "immense'' both in New Zealand and internationally, acting HRC chief executive Dr Tania Pocock said.

The Dunedin Study had been largely funded by the HRC and its predecessor the Medical Research Council for more than 40 years.

A recent TVNZ documentary, Why am I?, focuses on some of the Dunedin Study's achievements.

Prof Tate's work had revolutionised the understanding of how proteins were synthesised in living cells, and provided important insights into the mechanisms behind diseases as diverse as Alzheimer's, HIV and chronic fatigue syndrome, Dr Pocock said.