By John Lewis
0 Comments
Keith Lennon reckons one of the best ways to keep family ties afloat is with a boat.

Asked why he bought it, he simply said: "I’ve always wanted one. The opportunity came up, so I decided to buy it. 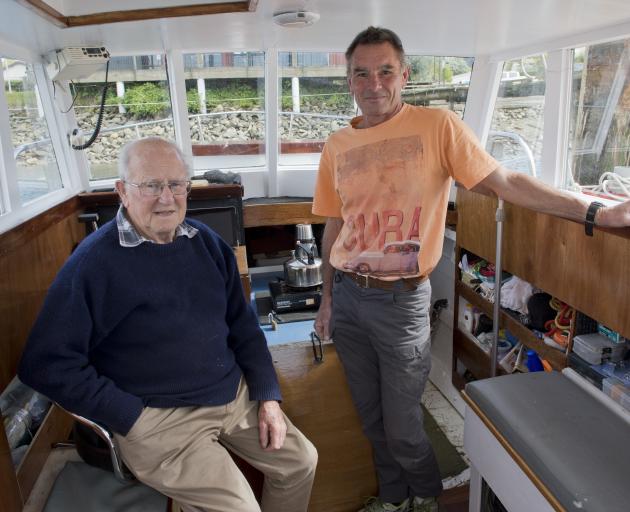 "It’s a good family thing. We’ve always had boats and dinghies and things like that, since the kids were wee.

"It’s something that we can all use and spend time together."

Son Geoff said the boat was formerly used as a work boat in the outer Pelorus Sound, transporting supplies, wool, equipment and people, to and from Titirangi Bay Farm which had no roads.

"It’s been through eight or nine owners, until we got it about three years ago.

"We’ve done a bit of restoration work on it."

Mr Lennon estimated he had spent about $4000 restoring the boat to its former glory.

"It was a fairly extensive restoration. We managed to do most of the work ourselves.

"It’s been re-caulked, a couple of new planks have been put on, we’ve extended the cockpit and rebuilt the cabin area."

He said the boat was unusual because its design was different from others of its time.

"This one doesn’t seem to have a particular design, but it’s based on the American classics of the 1920s."

While it had been a great father-son project to work on together, Mr Lennon said it was also a place to make lasting family memories.