Return to Level 1 depends on further fall in cases 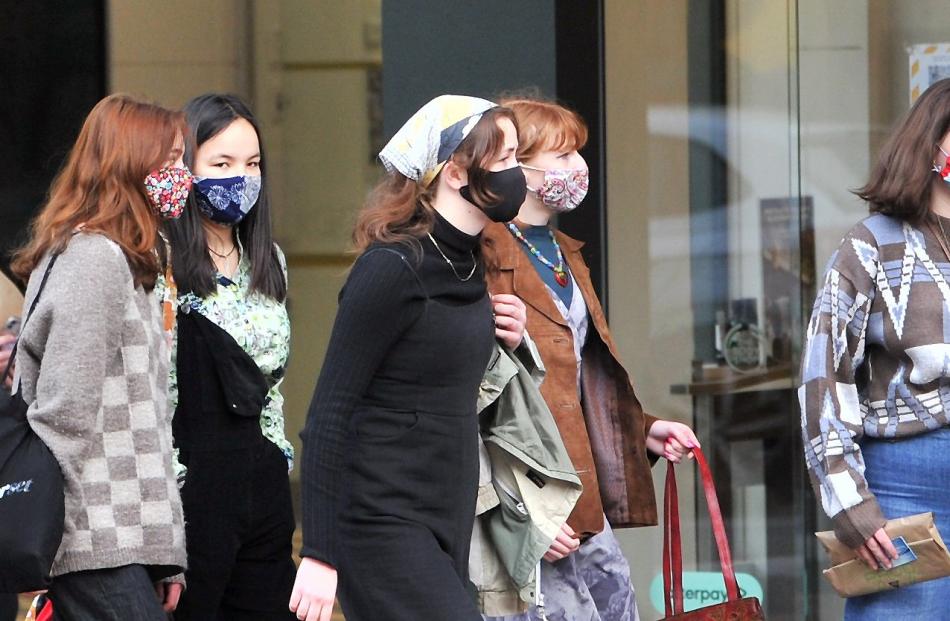 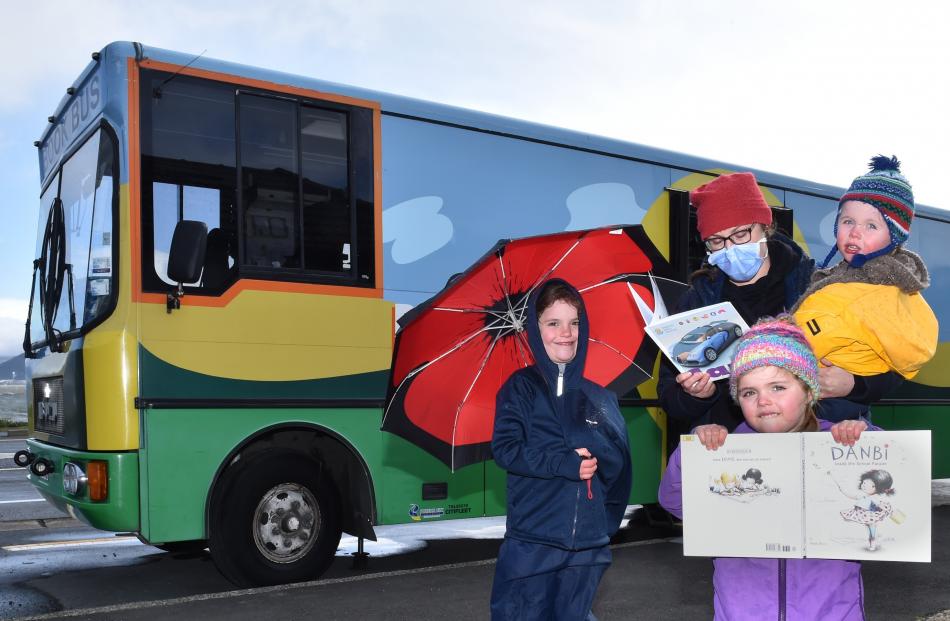 Enjoying a trip to the book bus on the first day of Alert Level 2 are Aliyah (7, left), Sarah, Ada (5) and Felix (2) Bowen, of Dunedin. PHOTO: GREGOR RICHARDSON 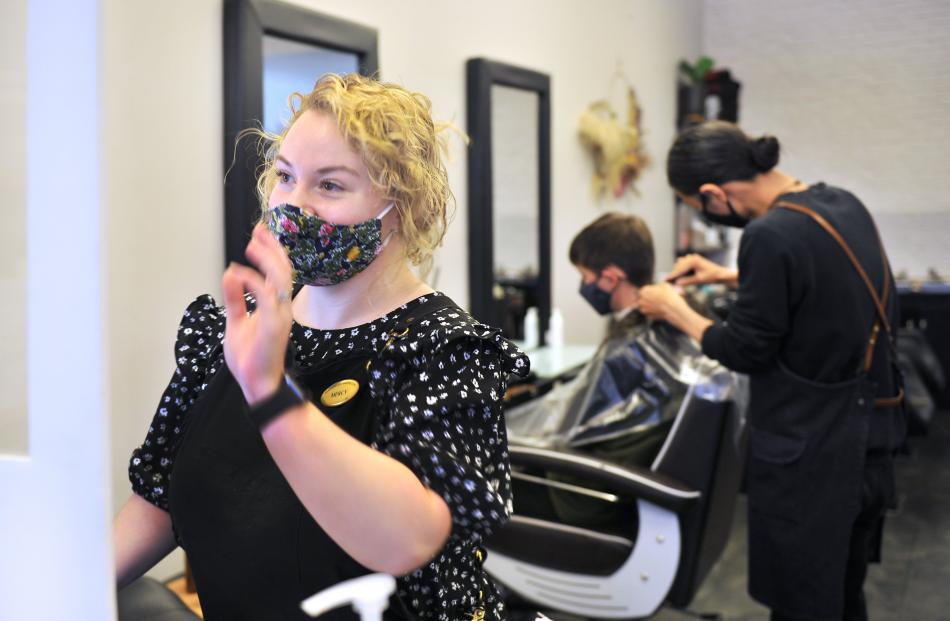 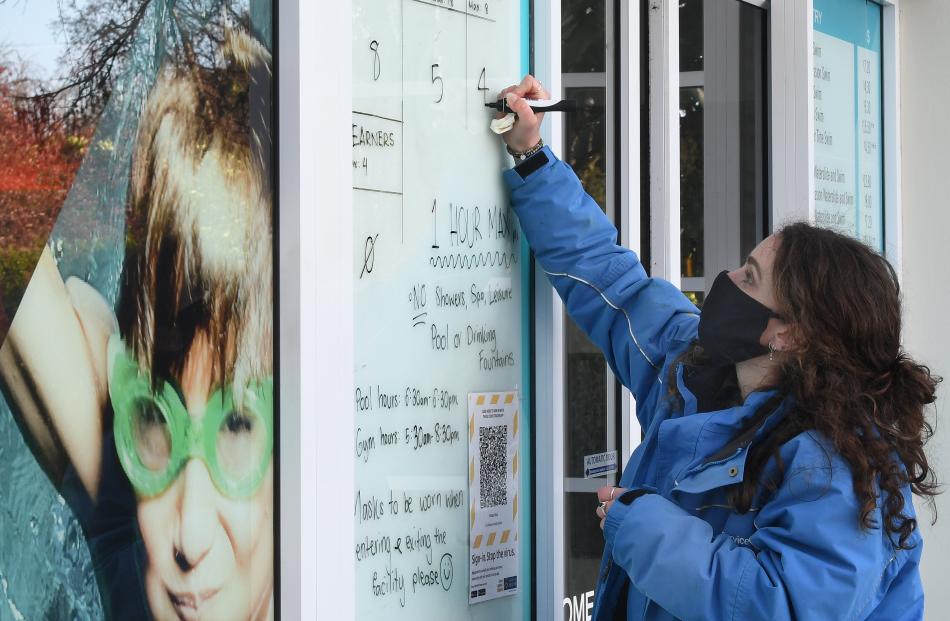 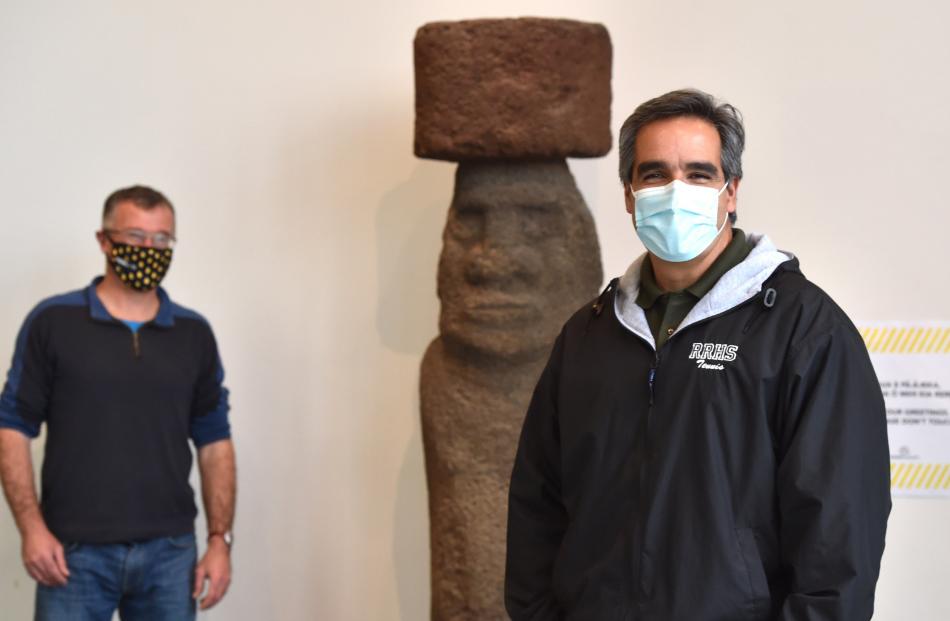 Inspecting an Easter Island Moai statue as part of preparations for reopening Otago Museum today are director of visitor experience and science engagement Dr Craig Grant (left) and Prof Miguel Quinones-Mateu of the University of Otago microbiology and...

A return to Alert Level 1 could be just two weeks away, if trends continued.

However, Delta-enhanced restrictions would probably still be in force at the lowest level.

The whole of the country outside Auckland woke up to Level 2 restrictions yesterday, and continuing reductions in new infections were likely to lead to further alert level drops.

University of Otago epidemiologist Prof Michael Baker said that if things went well in Auckland, the rest of the country might be ready to move to Level 1 in a couple of weeks.

‘‘If we ... see Auckland in single digits in the next few days and no unexpected cases for several days, then we’d be starting to feel that things are under control in Auckland and they’d be moving down a level.

‘‘Then I think at that point the rest of the country could move down a level as well.’’

There were 15 new community cases of Covid-19 yesterday, all in Auckland.

Prof Baker said it still made sense to keep the rest of the country outside Auckland at the same level, rather than allowing the South Island to loosen restrictions sooner, though.

Prof Baker said a truck driver, for example, moving goods from Auckland could then travel anywhere in the country.

It was likely that when Level 1 did arrive it would look different from how people remembered it last time, particularly when it came to mask use.

With the Delta variant prone to airborne transmission, masks would be necessary for large-scale indoor events.

Some hospitality venues had voiced reservations about the 50-patron indoor limits facing their establishments at Level 2, but the reason for the limit was to minimise the risks of a future super-spreader event.

‘‘You have to see the world from the virus’ point of view.

‘‘It wants to infect as many of us as rapidly as possible. That’s where it gets its edge.’’

However, University of Canterbury mathematical modeller Prof Michael Plank said people should be prepared for a longer stint at Level 2.

‘‘If Auckland’s still at Alert Level 3, that means there’s still a reasonable level of risk ... and that means there would still be a risk of cases cropping up in other parts of the country.’’
Prof Plank agreed that Level 1 was likely to have additional safeguards.

As well as extended mask mandates, there could be a continuation of mandatory record-keeping, and additional requirements for high-risk venues and large gatherings.

The region awoke to Level 2 conditions yesterday morning, and in Dunedin there was a fairly sedate start to the new freedoms.

The queues for services that had punctuated some previous alert level reductions were not widely evident, and there were moderate numbers of people out and about in the city.

Some shoppers took the opportunity to indulge in a delayed haircut.

Headquarters managing director Jamie Copland said her hairdressers were ‘‘pretty exhausted’’ but were thrilled to be able to accept customers again.

There had been a steady stream of clients throughout the day, and there had been a general acceptance of the requirement to wear a mask during a haircut.

Otago Museum did not open yesterday, instead taking an extra day to ensure it was prepared to meet the Level 2 settings.

It had contracted Prof Miguel Quinones-Mateu, of the University of Otago microbiology and immunology department, to advise on its preparations.

Why the need for a wait to go to level 1, if the South can move from 4 to 3, then 2 in a week why wait to move to 1, the risk if anything has diminished as the cases in Auckland fall, just more politics not science.

The science of common sense. If you drop from the highest alert level while your still getting 60 cases a day, why can’t you drop at a lower level when there are only 20 cases a day? The sheep that follow these clowns is more scary than COVID

What science forms the basis of yours? An Island like Tasmania has been extremely successful in operating independent of covid related issues with Sydney/Melbourne.

Exactly, no escaping MIQ in Tasmania or leaks there, could we get them to run ours rather than the Ministry of incompetence

I agree with Taieri B.It is to do with not upsetting the Auckland voters by giving us too many privileges.

"Abundance of caution" principle at work. Please stop it!