The rights and wrongs of city student flats 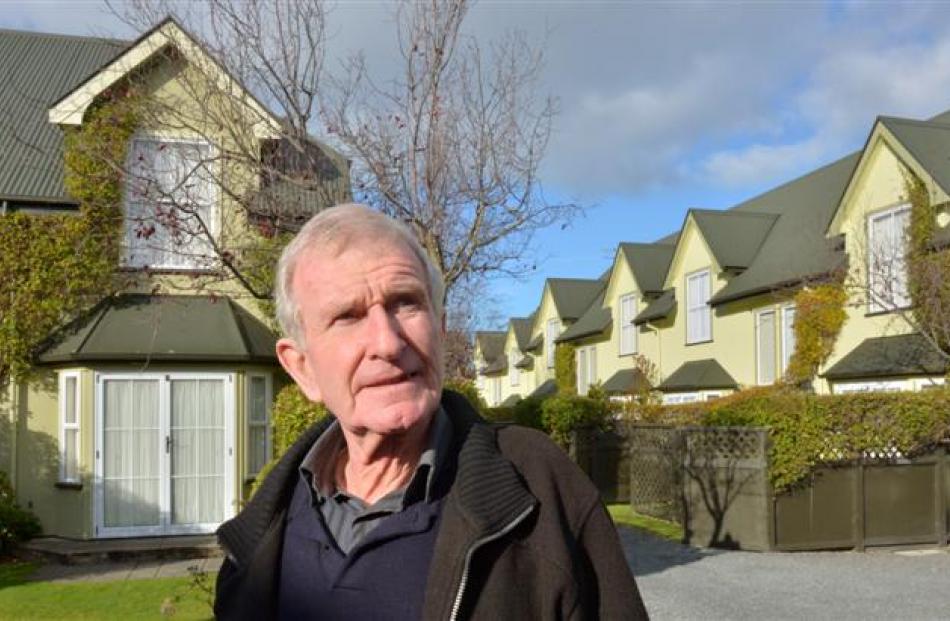 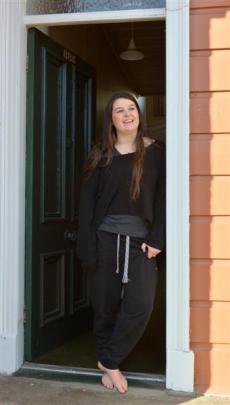 Charlotte Jolly recently moved to Dunedin to study at the University of Otago and is flatting for the first time. 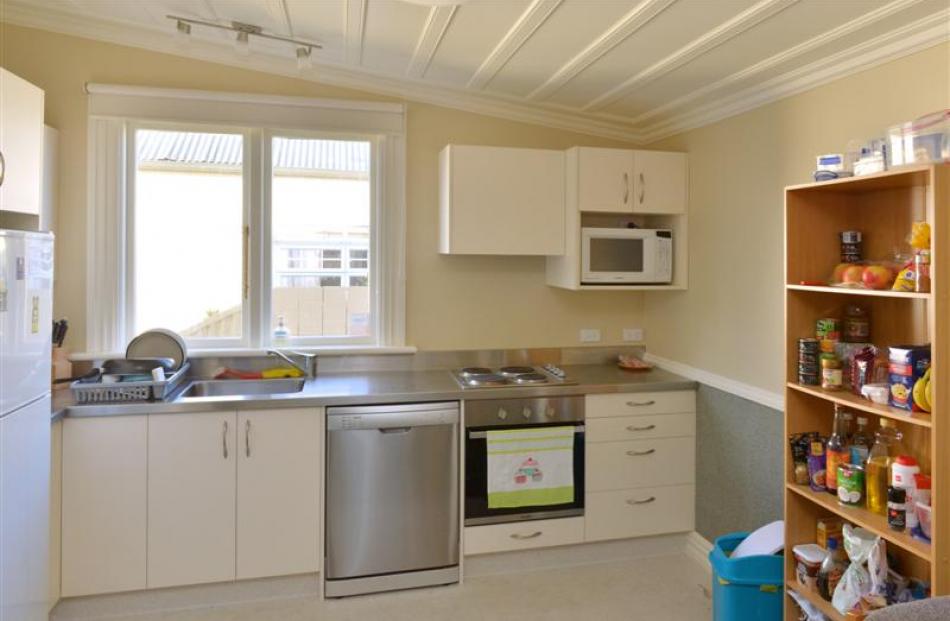 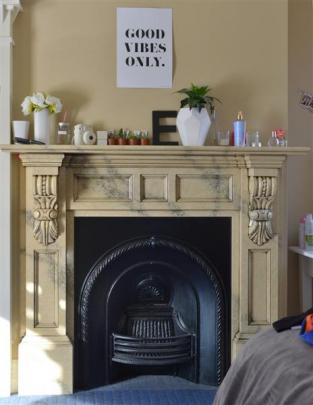 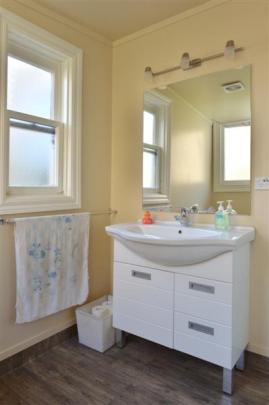 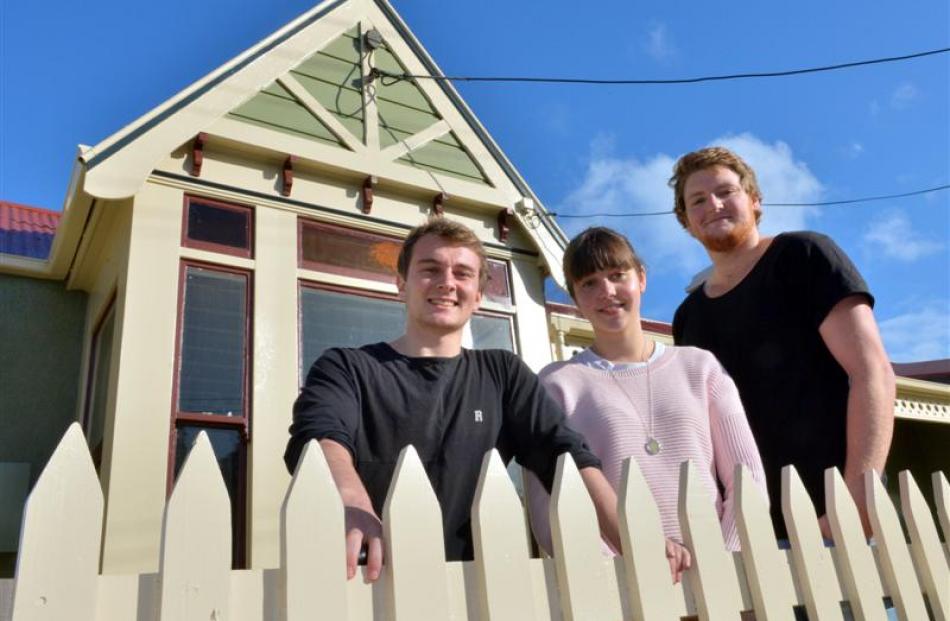 Will Hewitt (right), Laura Russell (21), Tony McKinnie (22) live in one of Jim Casey's many flats in North Dunedin.

''I don't even know what you're talking about,'' Charlotte Jolly laughs.

She is standing in the doorway of her North Dunedin flat, talking about the Otago University Students' Association's flatting support services.

The OUSA has run initiatives to inform students about their rights as tenants and what to look for in flats for about 10 years, association student advocate Philippa Keaney says.

She says they reach a lot of students.

But plenty of students still remain in the dark about tenants' rights and what to look out for when picking a flat.

''Rights ... wouldn't be something students would generally feel they have to research prior to finding a flat to rent.''

Ms Keaney is careful to make one thing clear: ''gruddy'' flats and bad landlords are not the norm.

''Less-than-ideal flatting situations are the minority.''

Still, they do exist, she says.

Demand for flats in the small and highly sought-after student neighbourhood means they are, by Dunedin's standards, comparatively expensive.

''Where there is high demand for a particular area, that means a bidding war can occur,'' OUSA president Paul Hunt says.

''So the key is to arm students with the right information and negotiation strategies to avoid unnecessary rent increases.''

If rents continue to rise apace, student flats on those ''prized'' streets in Dunedin may become impossible to afford on a student benefit.

Ms Keaney says despite OUSA and university efforts to educate students about flatting, ''there are definitely cases where students put up with things simply because they do not have a good understanding of their rights as tenants''.

Plus, ''there are still a few cowboy landlords who have no interest in improving their rental stock''.

That, too, could be contributing to what some perceive as an endemic irreverence for student flats, she says.

''From a tenant's perspective, why would you put in the hard yards to improve a place that isn't yours and is substandard?''

When Dougal Hunt moved to Castle St this year, he knew the flat he was moving into could be considered ''substandard''.

''We just wanted to have the experience of Castle St,'' he says.

''There's so many years of history down here.''

His mother and ''six or seven'' of his family members flatted in Castle St in the past.

Mr Hunt (19) is a second-year student and this is his first year flatting.

He pays $150 per week for a flat that could be described as the archetypal Castle St student flat.

''For this year, I took more into consideration the experience of the year rather than the niceness of the flat,'' he says.

''I know in the next few years we'll ... all get a lot nicer and smaller flats, but this year, I guess, we were expecting to rough it up a bit.''

Will Hewitt, a fourth-year student, also ''roughed it up'' in a flat with six boys when he was in his second year. But then, he says, he got wise.

''You grow older and learn the flatting standards - you learn that there are a lot better flats than you first think.''

He now lives in a clean, newly-renovated flat, with three bedrooms and a no-party policy.

Ms Jolly, the student who had not heard of OUSA's flatting services, is still learning what to look out for.

She moved to Dunedin from Wellington in February, and met her flatmates for the first time when she moved in.

She likes the flat. Still, ''there were a lot of things that didn't work straight away, or there were holes in the wall that we weren't really aware of''.

''Our property manager did get some of [the problems] fixed, but some of them haven't been done very well.''

She and her flatmates deal almost exclusively with the flat's property manager, since she is ''pretty sure'' the landlord does not live in Dunedin.

The property manager is ''great'', but living in a flat with problems is ''annoying''.

Still, even now she knows about the OUSA's flatting services, she doesn't feel like asking for help yet.

Jim Casey has amassed a small village-worth of student flats in North Dunedin since he bought his first flat more than four decades ago.

He does not charge as much as he could for some of his flats, because he prefers to be selective about his tenants.

He says he treats both his flats and tenants well.

Mr Casey thinks media coverage and public attention focuses too much on the ''negatives'' of the student flatting market.

''We have got a couple of streets in North Dunedin with run-down accommodation ... but they're the ones, unfortunately, that get all the publicity.''

Mr Casey has a hypothesis about why there are problems with certain flats in North Dunedin.

''Tenants are readily available. [Landlords] could put up everything cheap and nasty, perhaps, and they knew they would get four or five tenants.''

There is also a great deal of out-of-town interest in the Dunedin student flatting market, which could be contributing to the problem, he says.

''Absentee landlords, perhaps, don't take the same interest in it. They're there for the return, they don't see what's going on, so obviously ... that prevents the place from looking in the style of a nicely-presented precinct,'' he said.

Edinburgh Realty agent Lane Sievwright, who has specialised in the student flatting market for more than a decade, says there are ''a lot more inquiries from out-of-town investors than in the past''.

''There's probably more out-of-town owners now than there were 10 years ago,'' he says.

Perhaps as a result there have been cases in the past few years of developers exceeding the number for bedrooms for the square area required by the district plan.

Mr Casey maintains that, proportionally, issues with flats have not skyrocketed in his 40 years in student-flat real estate.

''I don't think students have changed over 40 years. Youth is youth. Let's face it ... they are hard on property,'' he says.