By Jono Edwards
0 Comments
Dunedinites brushed off a Meghan and Harry snub yesterday by welcoming royals much closer to home. 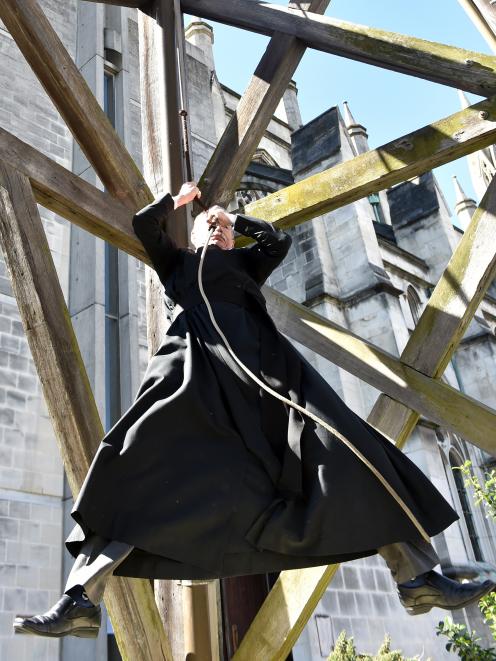 Churches and schools throughout Dunedin used their bells to welcome the first royal albatross back to Taiaroa Head this season.

An 11-year-old female landed there on Sunday.

Otakou Marae joined in as well as schools including St Leonards, and St Mary's in both Kaikorai and Mosgiel, and Broad Bay School.

To get it going was an effort, he said.

''But once the bell starts to go on the full swing, it's just a matter of maintaining that.''

The tradition was great to get involved with, he said.

''It's the church being part of a whole community, welcoming an important icon to the life of Dunedin back.''

Otago Peninsula Trust marketing manager Sophie Barker said sourcing small bells around Dunedin was not as easy as it sounded.

''Finding little ones for yourself is quite challenging. I bought some online, looked at op shops.''

The tradition had existed for as long as she could remember, but the trust had ramped it up in the last few years, she said.

''I have someone in Switzerland ringing their bells. There are fans all over the world setting their alarms in the middle of the night.

''People tell me it makes them cry.''