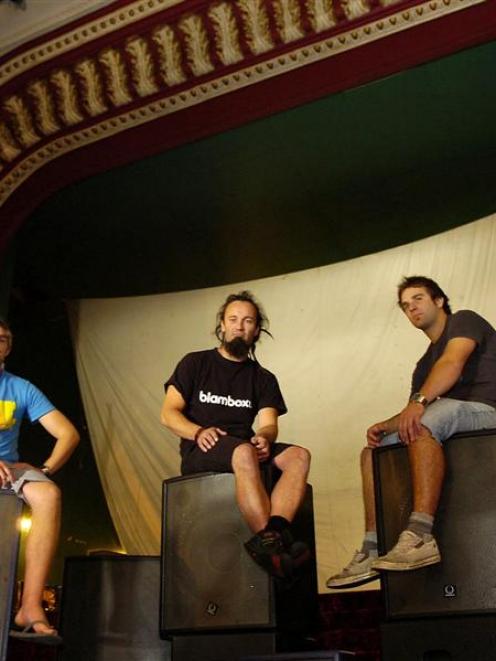 The order - by the Dunedin City Council, based on Fire Service advice - was confirmed yesterday, taking with it plans for last night's "Cave Rave" dub/roots music event which had been relocated from Long Beach.

Mr Carroll said he was now weighing up his future in Dunedin, and it was "highly likely" he would move to Auckland and take with him "almost everything that makes [Sammy's] function". 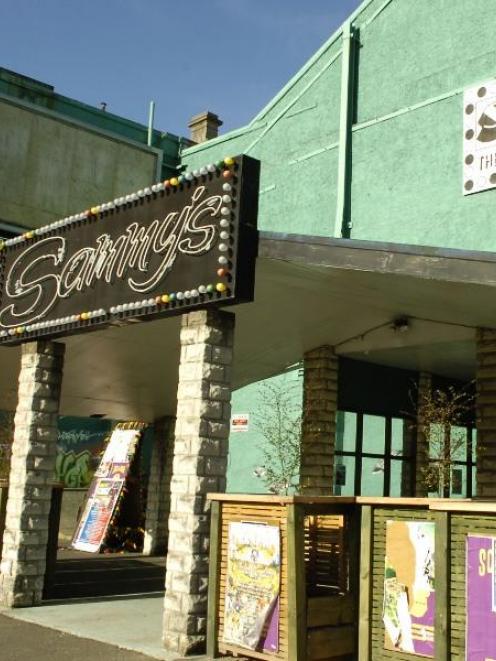 Sammy's. Photos by Jane Dawber.
Mr Chin said he would consult family members - who shared ownership - before deciding the building's future, but they might seek to have it demolished.

Dunedin Deputy Chief Fire Officer Trevor Tilyard defended the closure, which came after he read of plans by the "cave rave" organisers to bring hundreds of people to the venue for the event.

He and council staff had visited the venue on Thursday and found emergency lighting, fire detection and warning systems were inadequate.

Three of four fire exits were also blocked by furniture, rubbish, combustible items, a car and 600 litres of kerosene in three drums, which did not appear to have been placed there recently, he said.

Sammy's staff also lacked knowledge of evacuation plans and could not find manual fire alarms when asked, he said.

He considered Sammy's "absolutely the worst" and most dangerous of Dunedin's large-crowd venues, and said the Fire Service had raised concerns about the building with the council over several years.

"We consider if there was a fire in there, while there were 400 people in it ... we are almost certain there would be deaths and injuries.

"There comes a point where we have got to say to the city council 'enough is enough - this is beyond the pale'.

"It's the Fire Service that drags the dead bodies out."

In early 2008, it reverted to a live music venue under Mr Carroll's management, and has been building a growing following and larger crowds since.

Council chief building control officer Neil McLeod said the law required the council to act based on the Fire Service advice the building was dangerous.

"It's an older building, which has not had a great deal of renovation over the years. It's had large numbers in it recently, but it really doesn't change the issue that the Fire Service consider it to be dangerous.

"We cannot simply ignore it," he said.

The council had therefore issued a "notice to fix", meaning the building could not be used again until upgraded to the Fire Service's satisfaction, he said.

"The owners of the building are going to have to sort this out with the Fire Service," he said.

Mr Carroll, who also runs the Big Ups inflatable games business from the premises, defended the building, saying some material blocking fire exits was from deliveries made outside opening hours and was cleared within an hour.

Extra lighting was also being added yesterday, but fire protection and warning systems would take longer, he said.

"There's every likelihood it doesn't meet present fire regulation standards. I'm quite happy to admit that."

"What I would like was for there to be a more supportive, proactive process by which we were given more time to bring it up to standard," Mr Carroll said.

It was not clear how many people the building was allowed to hold - Mr Tilyard said the absence of automatic fire alarms meant it was only safe for 100, while Mr Carroll believed the limit was more than 700.

Mr McLeod could not confirm the exact figure yesterday.

Mr Carroll said the bookings of dozens of bands had been disrupted by the sudden closure, as well as one Fringe Festival event, Wonky Garden of Earthly Delights, scheduled for tonight.

"It's a real shame for Dunedin."

Mr Carroll said the closure came after a fundraising concert at the venue on Thursday night raised more than $1000 for earthquake relief in Chile.

It was "very likely" he would leave the business and move to Auckland, where he was opening another Big Ups business, "and see if I can't find a bit more of a supportive city, really".

Mr Chin said he would discuss the future of the building with his family before deciding what to do next, but the closure was "quite unfair".

"Times have changed, the recession has hit us. I'm not sure what we are going to do now - we may just have to close the building and pull it down."

Details of the building's historic status were not available last night.

A disappointed and angry Mr Booth said he arrived at Sammy's yesterday morning to set up for the rescheduled "cave rave", only to be told the venue had been closed by the council.

"It's a mixture of disappointment and . . . I don't quite know how to describe it."

He had cancelled the event and would be refunding about 700 tickets, costing up to $40 each, but had managed to hastily organise a new event - featuring the same acts - for a reduced $10 per person, held at another Dunedin bar last night.

Depending on how many tickets were sold, a potential $30,000 loss might be halved, but the biggest loser in the entire situation was the owner and manager of Sammy's and the people of Dunedin, he believed.

• Crawford St, Dunedin.
• Building opened in 1896 as the Agricultural Hall.
• Renamed His Majesty's Theatre in 1902; converted into theatre.
• The New Zealand Cyclopaedia of 1905 described it as one of the finest theatres in Australasia.
• Bought by Eddie Chin 1983 (and still in family ownership); converted to live music venue.
• Converted to pool hall in September 1995.
• Leased by Sam Carroll in February 2008; reverted to live music venue.