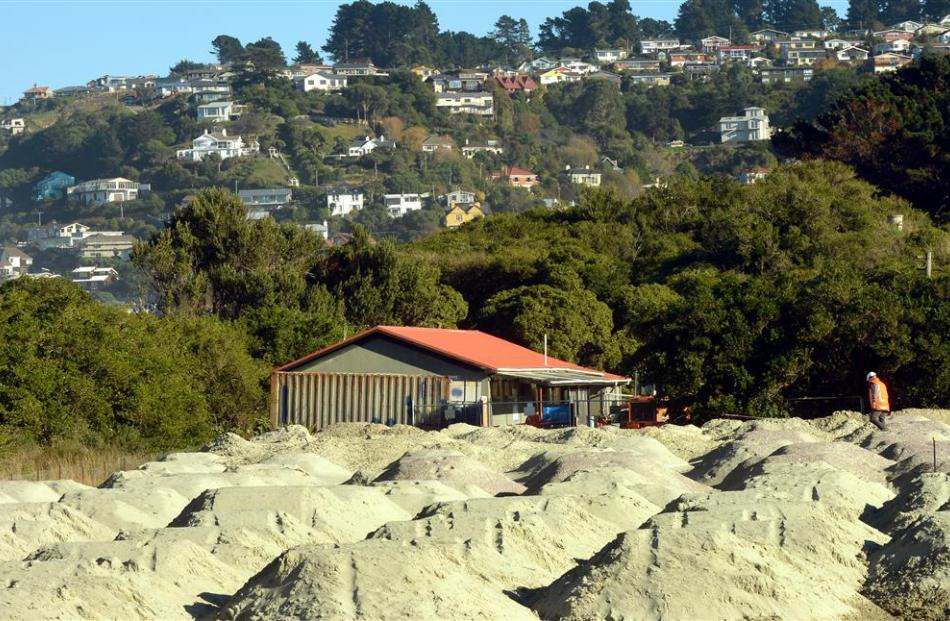 Work to shore up the sand dunes at Ocean Beach began yesterday with an excavator beginning to cut a track to the beach.

New sand sausages to protect the dunes would be installed from Monday next week and contractors would spend the rest of this week building the access ramp.

"Next week will probably be a reasonably slow week,'' he said.

As the contractors became more efficient at the process of filling the geobags, and as tidal hours became more suitable, the work rate would increase.

The work was expected to be completed in July but the timeframe was weather-dependent and could be completed earlier than expected, he said.

Sand provided by Port Otago was being stockpiled on Kettle Park and the council urged the public to stay clear of the area.

"In the interests of safety, there may be times when public access to the beach is limited but every effort will be made to keep these to a minimum,'' Mr Dyer said.

"Signs will be put up on the beach and on the temporary ramp at St Clair to let beach users know when it is closed. Access points further down the beach at St Kilda will remain open.

Surfers and swimmers were also being asked to avoid the area.

The new sand sausages are replacing the existing ones which were damaged in last June's storms.