The Dunedin City Council's just-released resident opinion survey suggests its residents are a relatively satisfied bunch - but what do the results suggest for democracy? Dan Hutchinson reports.

It appears most Dunedin residents are satisfied with their council but that might not necessarily be a good thing with an election less than three weeks away.

The Dunedin City Council Resident Opinion Survey released this week shows 54% of the 1212 people surveyed were satisfied with the council's performance - up from 39% last year.

Associate Professor Janine Hayward, of the University of Otago's Department of Politics, said high satisfaction levels were one of two main reasons for low voter turnout at elections.

''It is wonderful in one sense that there is high voter satisfaction but it doesn't bode well for voter turnout at the upcoming elections.''

She said the other main reason was when people felt they could not change anything because they did not like the status quo.

The possible lack of interest in local government was highlighted again on Monday this week when the council's six-weekly public forum was cancelled because no-one wanted to speak.

Governance support officer Wendy Collard said it was the first time in at least a year no-one had asked to speak to councillors.

''Last time only one came along to speak but you usually get three or four members of the public.''

Prof Hayward said it had been a ''fairly standard'' build-up to the election, the difference being the lack of a national issue.

''I think what we are missing this time is national media's attention on a particular election, like we had with the fanfare about Auckland [first super city election] last time.

As of August 31 there were still about 15,000 people in Dunedin still not enrolled to vote, with about 12,000 from the Dunedin North electorate.

Dunedin registrar of electors Dee Vickers expected about 200 people would submit a special vote, which would be about the same as the previous election.

People still not enrolled had until midnight on October 11 - the day before polling closed - to register and cast a special vote, Ms Vickers said.

Overall satisfaction with Dunedin City Council (54%).
Northern suburbs are the most satisfied (58%).
Most convenient retail centres for people - Central City (27%), South Dunedin (17%), Mosgiel (14%).
60% of people think Dunedin is a safe city.
Residients are most satisfied with the Botanic Garden (98%) and Otago Museum (97%). 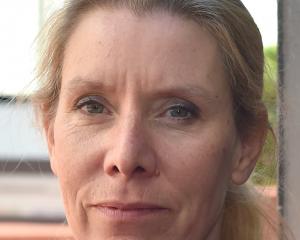 Housing wants not met in city