Scheme could add 72% to flood rate 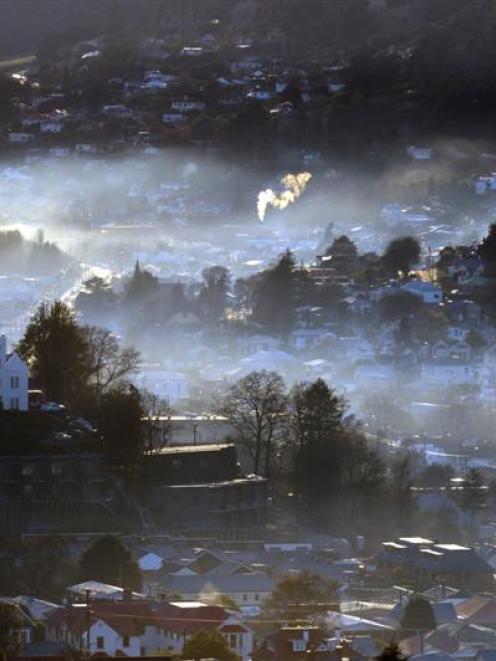 North East Valley. Photo by ODT.
Lindsay Creek ratepayers may face a 72% increase in their flood protection rates in nine years, if work to protect their Northeast Valley, Dunedin, homes and businesses goes ahead.

Annually, a 7% increase in flood protection rates has been proposed for those homes judged to benefit directly from works to ease the flooding risk to 450 homes, several schools and commercial premises and part of North Rd.

Tomorrow, Otago regional councillors will consider two reports - one outlining in detail the works programme and costs of the flood mitigation work, and the second how the scheme could be funded - to decide whether to put the proposals out for public consultation.

The total estimated cost of the scheme was estimated to be $1.5 million (inflation adjusted construction cost $967,660), plus another $127,000 if the council decided to buy four additional strips of land.

It would be 98% funded by those who would benefit the most from the work through a new special rating district, with 2% funded by Dunedin city ratepayers.

About $70,000 was collected from Lindsay Creek ratepayers already, through the Leith Lindsay flood protection scheme, which would increase to $85,500 in the first year and with future rates increases could mean the scheme would be paid off in 16 years, the report said.

It was suggested the proposed works would provide some delay in flooding, giving people more time to respond, reduce the amount of floodwater that would flow into the area, and while it would still flow over North Rd, it would not be as much or for as long.

While a proposal for works in the Lindsay Creek area was announced last October, one of the reports gives more detail of the scheme, which involves creating a detention area in Chingford Park, complemented by small-scale channel works and having a small temporary flood detention area in the gully upstream of Forrester Park Hill.

Floodwater from Lindsay Creek would enter the detention area whenever flows exceeded about 18cumecs at Chingford Park, about the size of the peak flow in the April 2006 flood, it said.

The detention area would have a capacity of 9400cu m of floodwater and a grassed spillway would ensure controlled spill back into the creek, once the pond became full.

For a flood as in February 1991, the detention area would be underwater for about three hours and for one as in April 2006, up to five hours. In both cases, the level of the water would be 1m below its maximum level.

If the project was approved and consents granted, it was proposed construction could begin in 2016-17 and finish in 2017-18.

Approval would be needed from the Dunedin City Council, which owned Chingford Park, and agreement was also needed from a landowner upstream of Forrester Park, for use of a small part of the property to detain overland flow, the report said.

''The works could not proceed without those approvals.''

It was proposed the archery facilities in the park affected by the embankment could be relocated or reconstructed within the park.

The regional council's finance and corporate committee will decide tomorrow whether to include the proposal as a proposed amendment to the 2012-22 long-term plan, which would be put out for public consultation during the draft annual plan process.

It would also decide on the purchase of the four additional strips of land and the sale of properties not needed for the work.

• Would protect about 450 homes plus schools and businesses.

• Use part of Chingford Park and an area upstream of Forester Park landfill to hold floodwater.

• A 2m-2.5m grassed earth embankment to be constructed at Chingford Park at cost of $690,000, connected to Lindsay Creek by a wide, grassed swale.

• Would be of most benefit in small floods.