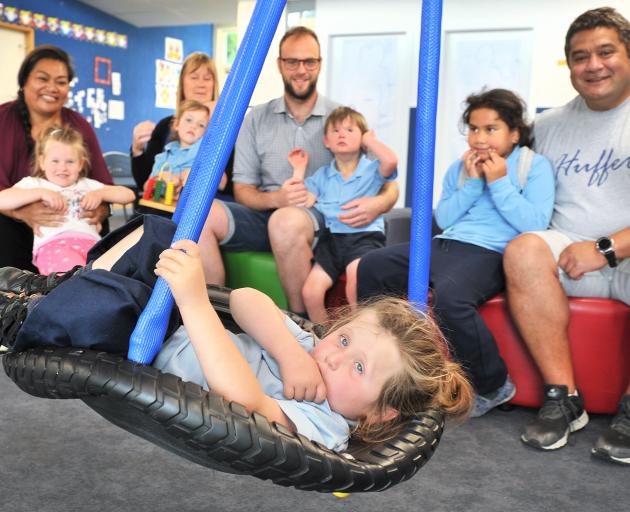 When principal Matthew Tofia took over in July 2017, he said the special needs school was in a bad way.

It was under limited statutory management, it had just 25 pupils, large parts of the school had been neglected and the morale of remaining staff was low.

Since then, the school had taken on a new lease of life, he said.

This year’s roll had nearly doubled to 47 pupils, and the school had opened a second "satellite" class at Concord School.

"People are really wanting to send their children here now, whereas that wasn’t the case before."

Mr Tofia believed it was because the school now had a clear focus on success and achievement.

"One of the biggest things we’ve focused on is ensuring that we choose goals that are achievable within a time frame, so that the children can experience success, we can document it and celebrate it.

"And that gets us going in an upward spiral. Instead of nebulous goals that are not met over years, now we have kids meeting goals under certain domains, four times a year.

He said parents liked the style of education, and the extra class had given the school more flexibility in managing and organising its pupils.

"I feel this is the fruits of what has been a couple of years of hard work."

However, even with the new satellite class at Concord School, the school was now at capacity and had put a hold on new senior school enrolments, he said.

Adding to the capacity issues was the Ministry of Education’s plans to rebuild the Rutherford St base, which had become "decrepit".

The new school base would hold only 24 pupils, rather than the current 30.

"Because the site is the size of a postage stamp, that’s all they can fit. It wasn’t any sort of ministry conspiracy to make us smaller.

"So what the ministry has done is committed to having more satellite classes like the ones at Bathgate Park School and Concord School.