This view from Mount Zion, on Mount Cargill’s northeast summit ridge, shows the complex structure of the ancient Dunedin Volcano, now heavily eroded. PHOTO: SOPHIE BRIGGS
A group of Dunedin geologists was recently unsuccessful in a bid for $1 million government funding for a proposed drilling project to test a potential new geothermal source of reliable, cheaper heating for central Dunedin.

Despite that, they believe that using water heated by Dunedin’s extinct volcano may be an idea whose time is coming.

Scientists trying to unleash geothermal energy from deep under Dunedin have had a setback, but believe they still have a strong case for tapping into an extinct volcano.

Geologist Dr Mike Palin says there will be an opportunity lost and mismatch between policy and action, if a more sustainable heating source - such as geothermal energy - is not part of planning for the new Dunedin Hospital.

Dr Palin and a team of fellow researchers in the University of Otago geology department want to drill two 500m-deep test bore holes, one in central Dunedin and one in Portobello or Port Chalmers, to investigate if sufficient heat energy can be obtained from residual heat from extinct volcanoes deep under the city to heat water, and potentially power a new hospital, for example. 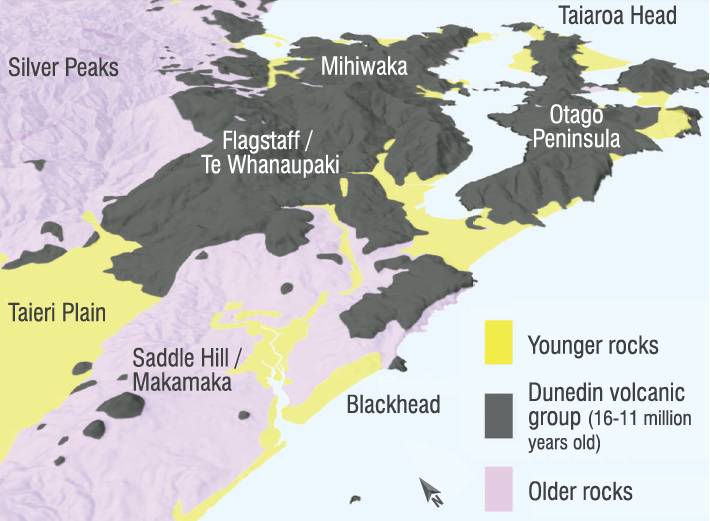 This image shows an oblique view of the extinct Dunedin Volcano. IMAGE: STEPHEN READ
He and three fellow geology researchers were disappointed but not discouraged to learn recently they had not succeeded with an initial bid to the Ministry for Business, Innovation and Employment (MBIE) for a $1 million grant through its Smart Ideas scheme, to support the proposed drilling costs.

Dr Palin said there was a strong case for considering the potential use of geothermal energy.

"The Government is investing over a billion dollars on the new hospital complex," he said.

Because of climate change, reducing carbon emissions was also a high priority.

"Burning biomass for heating, as currently planned, is not the best alignment of policy and action," he said.

Climate change was happening much faster than previously thought, and human-generated carbon emissions should be cut to nearly zero within the next few decades. 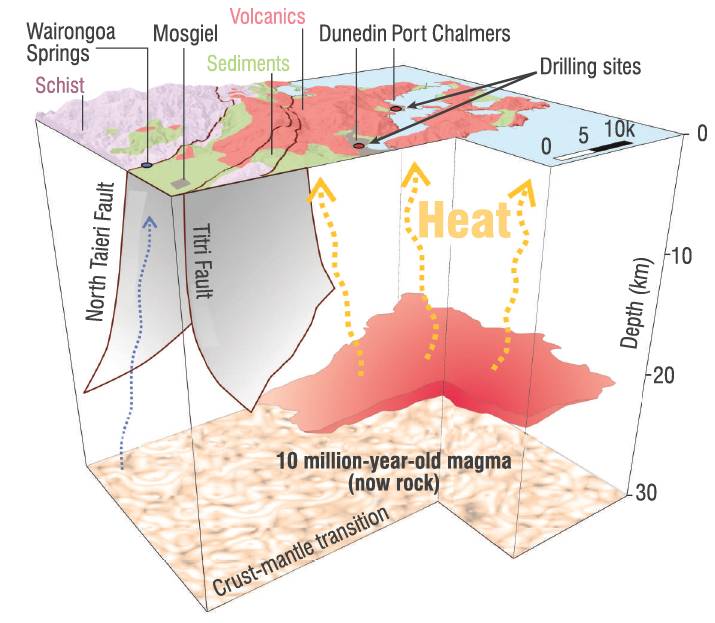 He and his colleagues were asking if residual heat from extinct volcanoes could be used as a geothermal energy resource, thereby cutting use of carbon-based fuel and greenhouse gas emissions.

In Dunedin, the main users of heat were Dunedin Hospital, Otago University and the central business district.

Cutting fuel costs would help energy users directly, and would also generate indirect savings for the government through its funding of health services and tertiary education, he said.

The university and hospital already shared some steam-related heating.

The team hoped to drill beneath the veneer of sedimentary rock to monitor any residual heat from the now solidified magma chamber that lay beneath.

If test results were positive, heat could be captured by pumping water underground in a loop and bringing it back heated—a potential world-first exploitation of heat from an extinct volcano.

Such drilling was "commonplace in mineral exploration" and had taken place across Otago for decades.

The team would continue consulting the local community, iwi, business and government, and carefully review feedback from the MBIE assessors when it was available.

The group would meet its partners and other interested parties to discuss options, including resubmitting its funding application later this year.

Dr Palin said the eroded Dunedin Volcano visible today represented "only the tip of the iceberg in terms of the ancient magma system".

Most of the magma - molten and semi-molten rock - was trapped below ground, where it cooled slowly and solidified as rock. 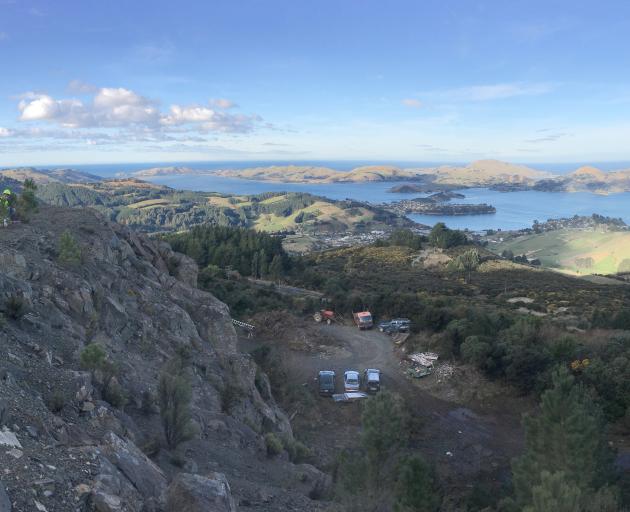 Available data suggested a large volume of warm volcanic rock was a few kilometres down, and there were "good reasons to be optimistic" that this was a good source of geothermal heat.

After hearing the term "geothermal", people often thought of "geysers and boiling hot springs in places like Taupo and Iceland".

"But geothermal is everywhere - the word literally means ‘earth heat’ and the interior of our planet is hot."

Iceland’s active volcanism and extremely high heat flow made it more like Taupo than Dunedin.

If you had a go fund me entity (or such like) to contribute to I would gladly donate $1,000 to this project. Even if only for informative articles, blog pages or public lectures etc. like this, providing knowledge and feedback on learnings and results. It is really fascinating to learn about the forces that shaped the ground, beaches and rocky crags we walk, tramp and swim in daily. Wonderful work in a unique environment please keep it up.
In thanks Averil

Hi Averil-
Thanks for your enthusiastic response and desire to learn! I have heard similar comments from many people in recent years. We will try to find more opportunities to share knowledge within our community more regularly. We live in fascinating times and in a fantastic place!
Mike Palin