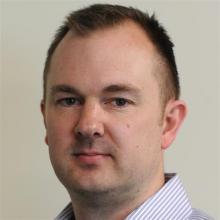 The programme, which is being progressively rolled out across New Zealand, began in the SDHB region in April last year.

Passing such a significant landmark so quickly was testament to the region's high participation rate in the programme, national programme director Stephanie Chapman said.

"We would like to thank everyone involved for bringing the resounding benefits of the programme to so many.

"Participation rates remain high in the South at 72% overall, compared with 63% nationally."

The century of cancers also possibly demonstrates the statistically higher rate of bowel cancer in the South, compared with the rest of New Zealand.

Research dating from 2013-16 ranked the SDHB third out of 20 DHBs for cases of bowel, colon and rectal cancer.

The region also had 202 bowel cancer patients who needed urgent surgery, more than any other DHB.

"The programme is having a huge impact on people's lives. This is why we turn up for work every day," she said.

"We know sometimes people put off doing the test because they are scared of getting a positive result, but early diagnosis increases the chances of having straightforward and successful treatment."

Anyone aged 60-74 eligible for publicly funded healthcare can take part in the free screening programme.

Clinical director Jason Hill said not only had 101 cancers been detected, but 726 people had been found to have polyps, which could develop into cancer.

"These numbers represent lives saved and whanau spared the agony of losing a loved one," Dr Hill said.

"This programme is already making a significant difference to our communities, and its effects will be felt well into the future."