The Southern District Health Board is now sorting through expressions of interest in caring for up to 200 cancer patients whose treatment it recently tendered out.

The SDHB requested help to treat the patients, mostly breast and prostate cancer patients, after the waiting list for its radiation oncology service reached a record 157 people, and other cancer diagnosis and treatment services came under similar strains.

"The request for proposals closed last Friday and we are pleased with the response," medicine, women's and children general manager Simon Donlevy said.

"We have only just begun the process of evaluating the proposals that we have received." 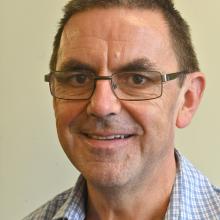 Chris Fleming
SDHB chief executive Chris Fleming told a board meeting last week that it had received one approach about its proposal almost as soon as it was posted on the government tender website, and that he was confident there would be more.

Meanwhile, the SDHB has started an "Request for Information" (ROI) process for its planned $200 million-$240 million digital upgrade.

The much-needed improvement in computer and technology services, is intended both to enhance the machinery staff use now, and to underpin the development of the $1.47 billion new Dunedin Hospital as a "next generation digital hospital".

SDHB people, culture and technology executive director Mike Collins said the ROI was aimed at digital and IT companies, and would enable the SDHB to learn what ideas and technologies they had which could improve healthcare for both patients and staff.

The board, mindful of the ongoing IT issues at the Waikato DHB after a phishing attack, also wanted the best digital security system available he said.