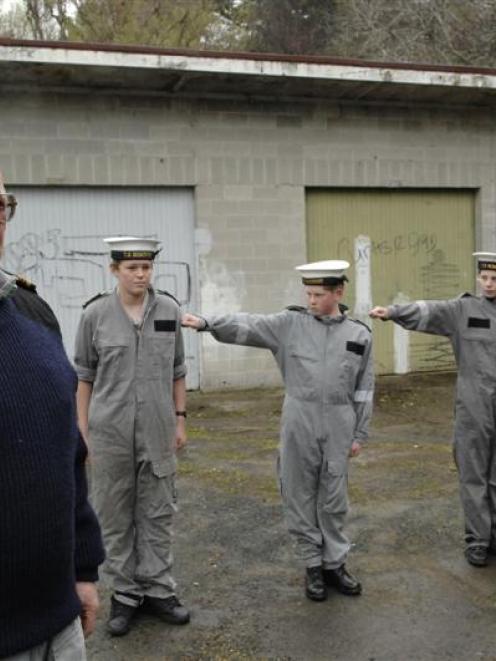 TS Nimrod Lieutenant-commander Brian Elder, of Port Chalmers, said the group was confident it could raise funds to convert a former Port Chalmers Borough Council machinery shed into a two-classroom education facility with room for uniform and equipment storage, by mid-2009.

The group had started fundraising and would make repairs to the Dunedin City Council-owned building on Port Chalmers Rd once a lease was secured.

Refurbishments would include installation of a security fence around the premises, putting in toilets, a sink and water heating facilities and creating two teaching areas where cadets could use computers and carry out course work.

Council parks and reserves team leader Martin Thompson said his department had approval to negotiate a lease with the sea cadets and a draft lease and conditions would be sent to the group in the next two weeks.

Mr Thompson said the building had been a storage facility since the Port Chalmers borough council and city council amalgamation in 1989.

"Council had made recommendations for demolition of the building about four years ago. The cadets expressed interest in the building then, but their plans have been in limbo since. We see it as a good thing to have a building in use if a community group like the sea cadets identify a community need and raise funds."