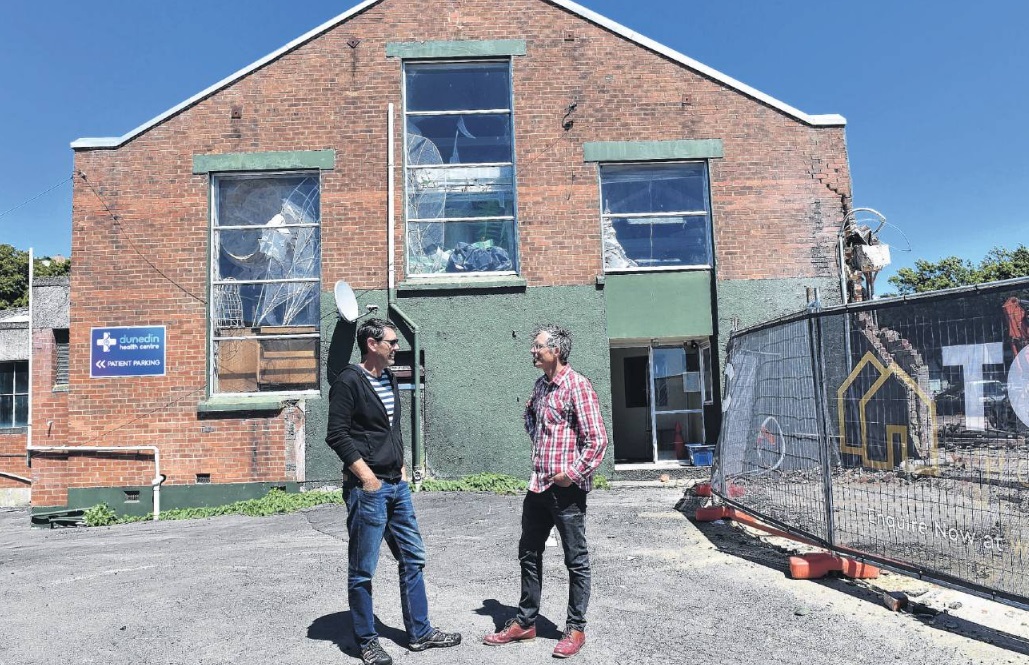 The trust has until the end of July this year to find a new storage facility, because its present building will be demolished like its two neighbouring buildings.

Trust chairman Paul Smith said the demolitions were to make way for a housing project in Caversham.

‘‘We’ve got a little bit of time left, in that they are doing their housing project in stages and we’re in the second or third stage.

‘‘The two buildings next to us, they have been knocked down. But there’s still two warehouses left — there’s ours and then there’s a carpet one next door.’’

Mr Smith said the trust was working hard to find a new warehouse by looking at spaces, trying to make contact with potential landlords, as well as considering other options.

‘‘We haven’t found the perfect space yet.

‘‘We’ve got until late July. We’re not desperate yet, but we’re certainly aware that the timeframe is going to get tighter.’’

The market for warehouses was similar to the housing market at present — pricey and hard to find, he said.

‘‘It’s a challenge out there. Because of Covid, a lot of businesses have been stocking up on things and hiring warehouse spaces to store that.

‘‘We’ve got a lot of warehouse buildings in Dunedin, but I think we’re just going to have to start looking further afield.

‘‘We’re looking at all options at the moment.’’

It had come to the point where the trust was considering which lanterns to keep and which ones to throw away if their new storage space was smaller, he said.

‘‘Some of the early lanterns were made to be held. They weren’t made to sit.

‘‘If you have them sitting around, they eventually start collapsing. So we are having to make some difficult decisions.

‘‘The work required to restore some of the lanterns is pretty significant, so we’re looking at some of those early lanterns with a critical eye now.

‘‘It may give us a bit more flexibility, and depending on what [storage] we can find, it may determine how strict we are in terms of what we keep.’’

He said the Dunedin Midwinter Carnival was a non-profit organisation and for 25 years, the centre city parade had remained a unique annual celebration that had developed a loyal public following.

‘‘This festival is a real taonga for Dunedin. No other city has got anything like this.

‘‘The art is made in Dunedin . . . and it speaks about our unique environment.’’