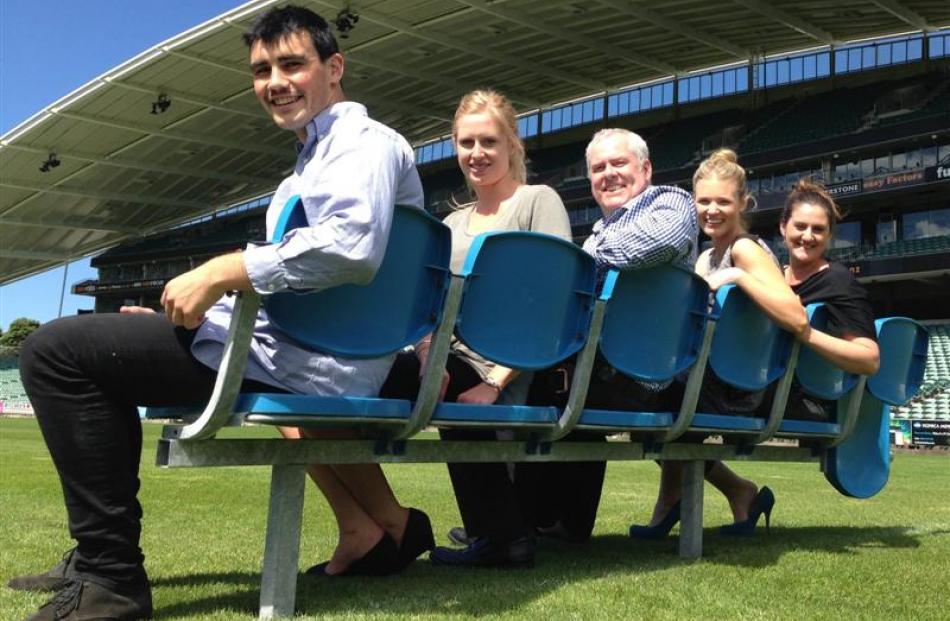 Carisbrook's demise was the end of an era for Otago. Shawn McAvinue tracks down those lucky enough to secure a memento of the stadium before it was demolished.

The cut-price Carisbrook seats will harbour sports fans again and help spark an ''electric'' feeling at an Albany stadium.

The salvaged seats were part of a project to permanently install about 3000 seats on each embankment and build the stadium capacity to 25,000 seats.

The organisers of major events, such as Fifa, needed spectators seated on individual seats in chairs and not on embankments, he said.

The seats arrived at Albany in seven shipping containers in November and the planning and consenting process had started to ensure the seats were installed for the first Fifa under-20 World Cup match on May 15, 2015.

Research estimated that to build new permanent seating would cost $140 per seat. A week after the stadium's investigation started, Rotary announced the Carisbrook fundraising project.

The Carisbrook seats cost the stadium $10 each, he said.

Mr Doherty had heard some of the seats had been only sat on about 10 times because many of the seats were used for temporary seating brought out of storage for big Carisbrook games and were not weathered.

Unfortunately there were not 6000 blue Carisbrook seats available, he said.

''We could have bought yellow seats but the stadium architect wasn't too keen on that idea.''

The yellow seats would have clashed with the blue and existing teal seating, he said.

The blue seating was not too ''outrageously different'' from the teal seating, but ''a couple of blocks of yellow'' would have been.

When the project was complete the stadium would have a colosseum feel, which the stadium had for the 2011 Rugby World Cup, when the temporary seating covered the embankments, he said.

''The atmosphere was absolutely electric, so we are keen to get that feel back.''