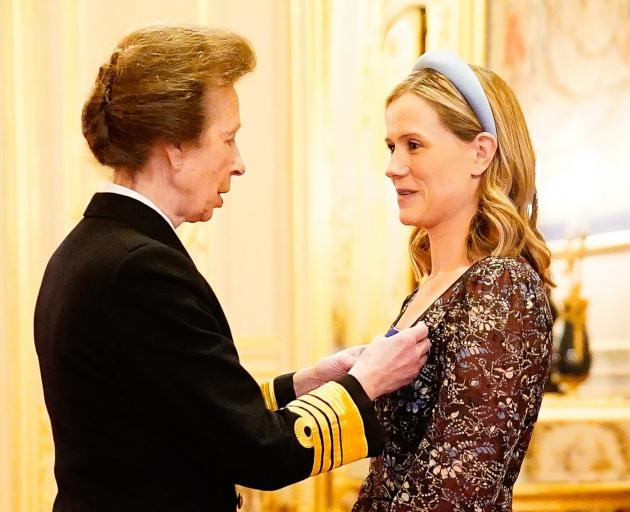 The honour, awarded for service to the Royal Family, was bestowed by Princess Anne in a ceremony at Windsor Castle this week.

Mrs Loughran’s husband, Nick Loughran, was awarded the same honour in 2016 for his service to the Windsors.

He worked in communications for the Cambridges and Prince Harry.

The ceremony was a proud moment for Mrs Loughran’s father, Richard Madden.

He believed it was unlikely any other New Zealanders were able to receive their honours from a member of the Royal Family in person this year, due to Covid-19 rules.

The family has had a close relationship with the royals for several years.

Mrs Loughran’s brother, Nick Madden, is a member of the Queen’s Six, a classical music group established in 2008.

He was one of three lay clerks of the St George’s Chapel Choir to perform hymns at the Duke of Edinburgh’s funeral earlier this year.

His father said Nick and his partner were expecting a baby in March, and he and wife Robyn were looking forward to visiting their children in the United Kingdom once border restrictions eased next year.