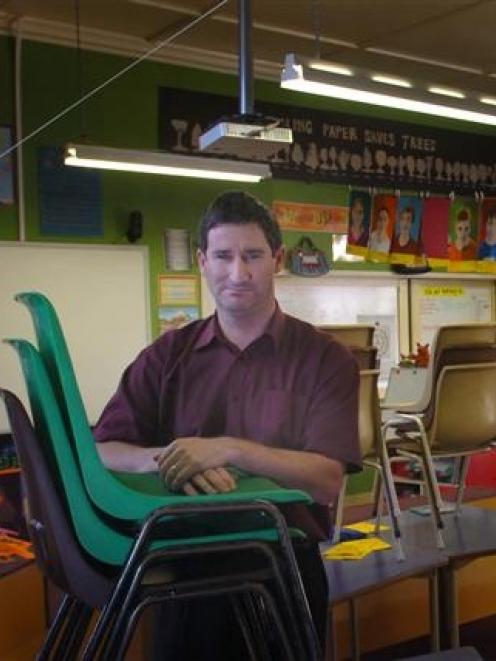 Dunedin relief teacher pool administrator Bryce Horgan is calling for more teachers to register in the relief pool which is experiencing a severe shortage of staff. Photo by Peter McIntosh.
The spread of common colds and norovirus in Dunedin schools is beginning to take a toll on teachers, which has left the relief teacher pool struggling with a critical shortage of staff.

Relief teacher pool administrator Bryce Horgan said 60 relief teachers were registered in the Dunedin system, but only 35 were available at the moment.

He said it was not clear why so many were unavailable, but suspected many were either on holiday or were also victims of the flu or norovirus.

"So far this month, there were 27 cases of schools needing teacher relief which we could not fill because we didn't have enough staff to go around.

"On average, this month, there have been two positions per day unable to be filled."

Mr Horgan said many schools were having to call on teachers, who were on entitled release time, to go back into classroom teaching.

Even qualified teacher aides and some non-teaching principals had been called on to teach classes, and some schools had reported they were having to combine classes because of lack of teaching staff.

In a worst-case scenario, Mr Horgan said classrooms and even whole schools might need to be closed if too many teachers fell ill.

"But that's a last resort.

"The situation is critical at the moment. We are having relief teachers, who are not feeling 100%, continuing to work. We need more relievers - we're desperate."

At least another 30 relieving teachers were needed to regain control of the situation, he said.