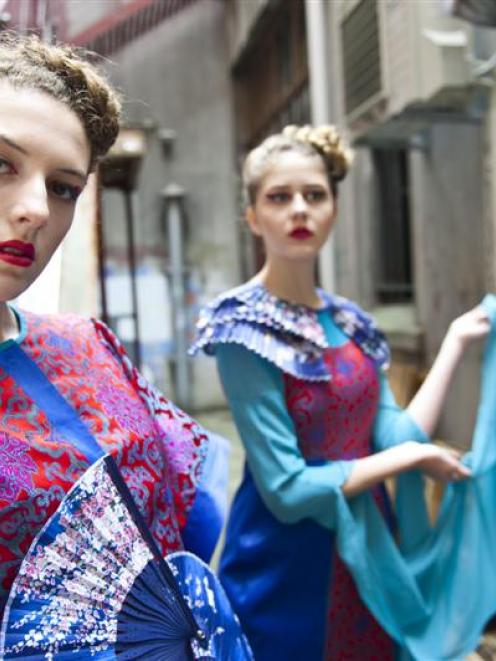 Among them were 22-year-olds Mingcheng Zhu and Xinyi Li, who were chosen as the first finalists for the 10th anniversary iD International Emerging Designer Awards, to be held at the Dunedin Town Hall on April 3.

Their collections celebrated traditional Chinese culture and were also shown at the recent Shanghai Fashion Week.

Dunedin fashion designer Margi Robertson, of NOM*d, said she chose the two designers to be part of the awards because their garments had the ability to present the drama theme with a modern and stylistic approach.

She also liked the outfits' silhouettes. 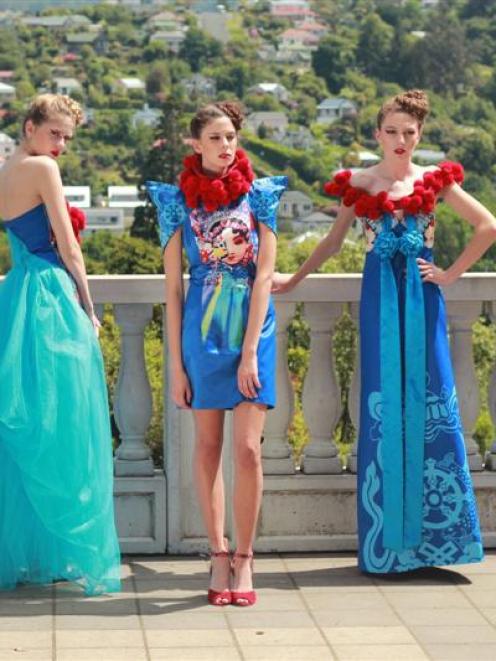 Models wear garments by Shanghai fashion designer Xinyi Li, who has been granted direct entry into the iD International Emerging Designer Awards, to be held at the Dunedin Town Hall on April 3.
Miss Li said her collection titled ''Beijing Opera'' started as a personal worship of traditional Chinese arts.

She was inspired by opera costumes and used bright colours, visualising the potential wearer as a strong female character versed in shadowboxing.

''I also restructured traditional opera makeup and mask elements and combined them with Western silhouettes in order to make a unique beauty,'' she said.

It featured simple silhouettes, large volumes of fabric and fans as well as modern elements.

''Through a perfect combination of tradition and modernity, the purpose of this collection is to express that what is unique for a nation is also precious for the world,'' she said.

''We're really excited to have the Shanghai designers as a guaranteed part of the awards, and those beautiful models who were a real hit this year returning to the iD catwalk,'' she said.

The eight female and two male models will join those from Dunedin in showcasing collections at the emerging designer awards, as well as the iD Dunedin Fashion Show at the Dunedin Railway Station on April 4 and 5.