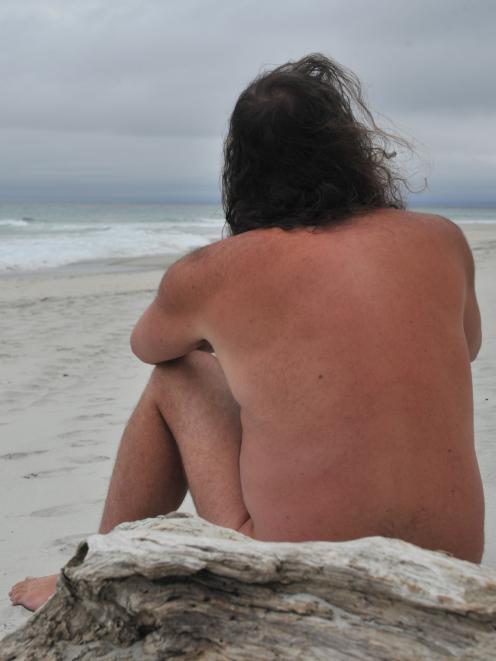 On Monday, the man, who did not want to be named, was enjoying a warm day at Smaills Beach, as he has done many times throughout the year.

He was also naked.

He said there were women sunbathing topless on the beach while he was there.

But as he was leaving, a couple of police officers turned up and asked him what he was doing, and why.

‘‘Prior to the police arriving, my experiences with naturism on Smaills Beach have been completely positive,’’ he said.

The man said police were friendly, but suggested he find somewhere out of sight.

In New Zealand, there are no laws against being naked on public beaches, as long as it is an activity known to happen there.

According to Free Beaches NZ, which collates lists of naturist beaches around the country, there are several in the Dunedin area.

He was a naturist because he did ‘‘not believe a human body should be an object of shame or disgust’’.

The man also said he had autism, and as part of that, he had a sensitivity to touch.

‘‘Which makes clothing quite uncomfortable, especially as it gets hotter.’’

He said there were misconceptions about naturists, including that there was a sexual element to it.

That was not the case, he said.

‘‘I think they’re [misconceptions] fading away, but it’s going to take time.

‘‘What you choose to wear or not wear doesn’t make you less of a person.’’

Sergeant Ian Paulin, of Dunedin, said police were frequently called to St Clair Beach about reports of nudity, but Smaills Beach was ‘‘outside the norm’’.

Police usually just had a chat to them and encouraged them to be mindful of other beach users.

‘‘What some people find offensive, others don’t. It’s in the eye of the beholder.’’

We are not individually the centre of the Universe. We live in Society.

Though, unlike the individual Ants in their Society, we are HUMAN individuals. Due to the fact we are individuals, collectively, society is interesting and varied. We have the power of reason, but it's not perfect...nor should it be.

Havent the police got better things to do? Get over yourselves