Looking out on to the new University of Otago's clinical services building in Dunedin and the university campus in the background.PHOTOS: CRAIG BAXTER

One of the new dental chairs in the University of Otago's clinical services building. The chairs allow dentists and dental students to take pictures of the patients' teeth, and display them on screens. 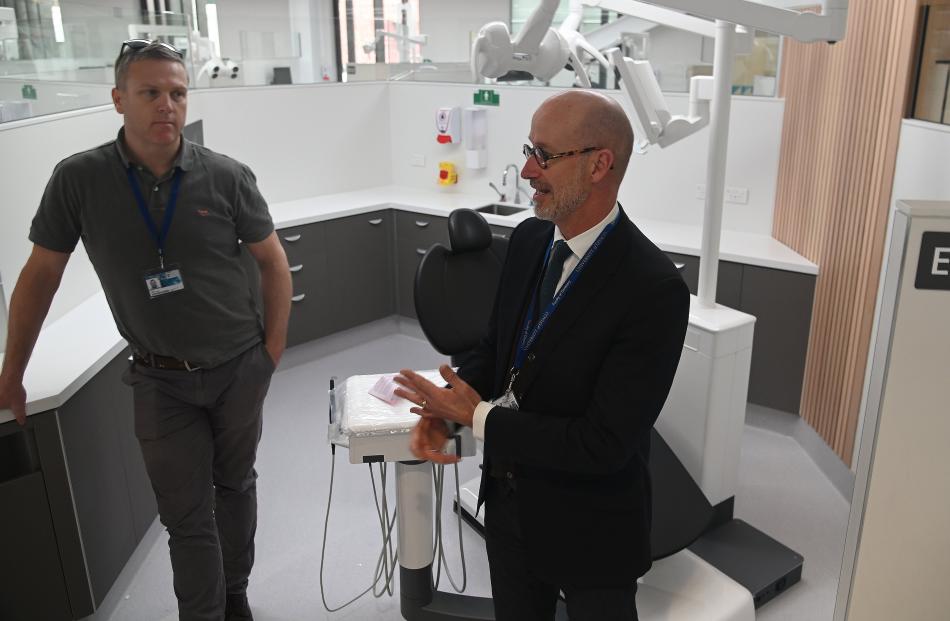 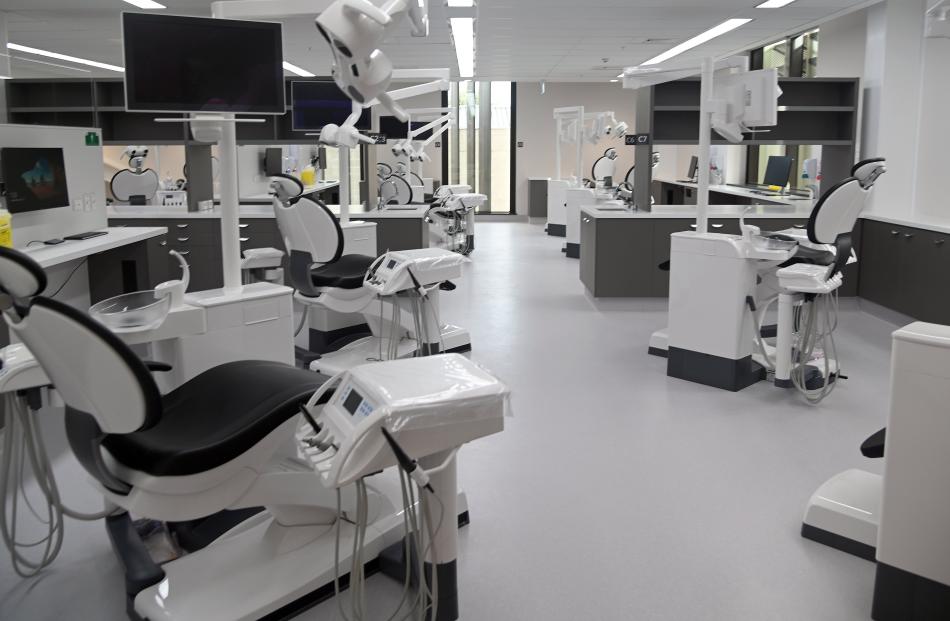 A view inside the now-completed clinical services building. 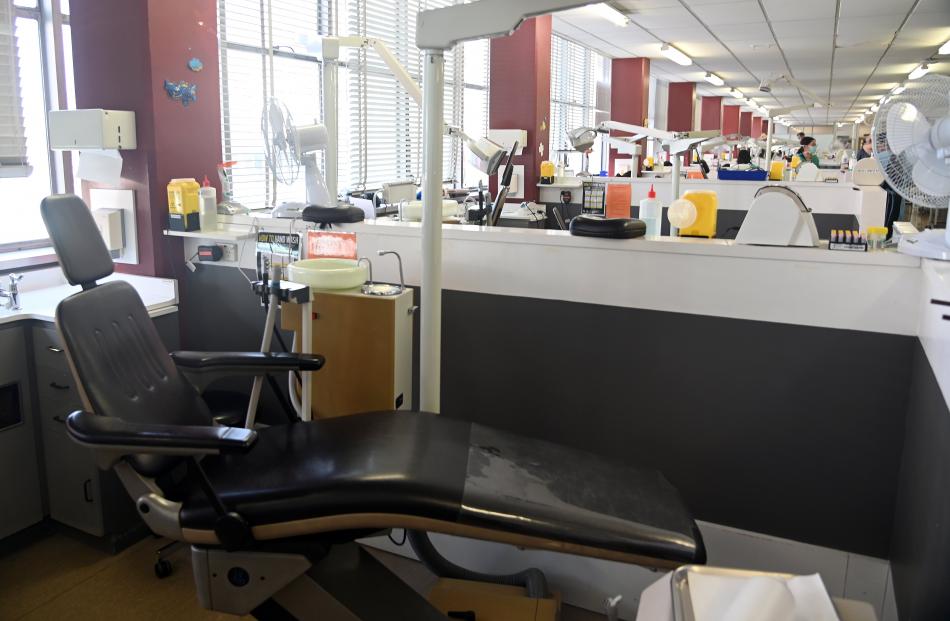 A chair inside the present dental building. 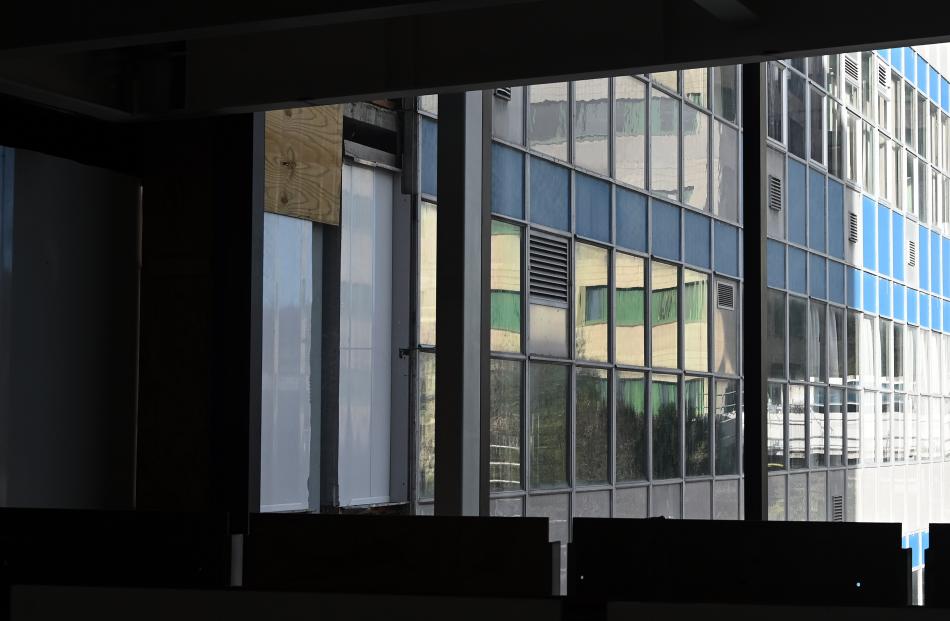 The Walsh building, viewed from the new building.

A view inside the new four-storey building.

The dental clinical services building in Dunedin is finished and nearly ready for business, marking a milestone in the University of Otago's $130 million project to upgrade the School of Dentistry.

Its high-tech services make it the best facility of its kind in the southern hemisphere, and one of the best in the world.

Work on the construction project has been under way since 2014, and the building was handed over to the dental school on Tuesday.

Working on the clinical services building had been a "once-in-a-lifetime opportunity", he said.

"It's involved the demolition of two buildings, the decant of staff and function into the Walsh [building], and obviously the construction of this new building right beside the operating school," Mr Cargill said.

Students and staff will move in over the next three weeks, and were being given a tour of the building on Wednesday.

Urgent care facilities open on June 4, and all clinics will open by July 8.

The public entrance to the building will be on Frederick St.

"It feels completely brilliant [to see it finished]," he said.

"To see the building and what we've got and just to be able to imagine what we can do is just amazing, it's fantastic."

Faculty of Dentistry organisational delivery project manager and associate dean for clinical services Dr Peter Cathro said the new building included new CAD/CAM (computer-aided design and computer-aided manufacturing) technology, an assessment and exodontia suite, a radiography suite using phosphor plates, and state-of-the-art dental chairs - including a bariatric chair for people who weighed up to 350kg, and facilities for people who had disabilities.

The first floor held specialist bays, while floors two and three were where undergraduates predominantly would be working.

The dental school has about 70,000 patients on its books.

Prices for members of the public were regularly reviewed, Prof Lyons said, but would not change due to the construction project.

The school was currently searching for the equivalent of three new full-time specialists, including one in endodontics.

How many people worked in the building at a time would depend on the clinics operating, he said.

There were about 450 dental students in total, and 150 oral health students.

The dental technology programme had about 55 students, and in graduate programmes student numbers were variable.

The university planned to allow up to 120 more international students into the dental school due to the increased capability of the facility - but due to a Government enrolment cap the university could not increase domestic student numbers.

The next stage of the project was to refurbish the existing Walsh building, built in the 1960s - which would then house research, academic, and student support staff.