A knife-wielding man got the fright of his life when he entered the St Kilda dairy about 12.50pm, discovering it had been fitted with a new fog cannon.

The security system at the 10 O’Clock Dairy, in Prince Albert Rd, creates white-out conditions in the shop by filling it with harmless smoke in about three seconds. 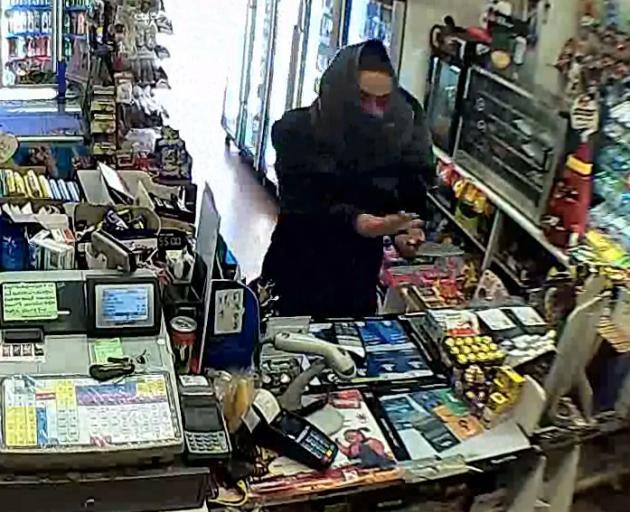 An armed robber threatens staff at the 10 O’Clock Dairy in St Kilda before a smoke cannon was set off. PHOTO: SUPPLIED
When the would-be thief entered the store, the shop assistant noticed he was carrying a knife, so she pushed a button to release the smoke. The thief fled the shop.

Police said no-one was injured, but there was an unintended consequence of setting off the security system.

A Fire and Emergency New Zealand spokesman said two appliances from St Kilda and Lookout Point were sent to the shop soon after, following reports of a fire at the
dairy.

Upon arrival, it was revealed there was no fire and the smoke was caused by the anti-theft cloaking system, he said.

The first fog cannons were installed throughout the country in late 2017.

Last year Police Minister Stuart Nash said aggravated robberies at businesses had decreased by about 40% since then. 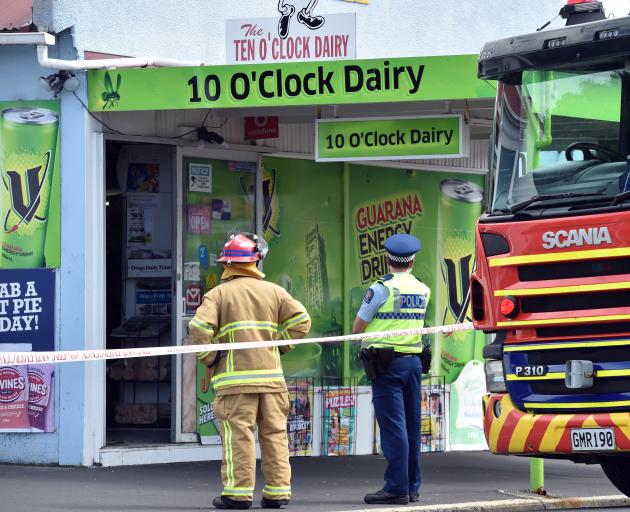 Police and fire monitor the site of an attempted robbery yesterday. PHOTO: PETER MCINTOSH
While Mr Lee was pleased the system had defused the situation without anyone getting hurt, he was becoming increasingly concerned about the brazen nature of thieves.

He said most thieves struck after dark, but this one had entered the shop in broad daylight while there were lots of people and traffic around.

He was also angry because he believed most thieves were targeting cigarettes.

He said the price continued to rise and smokers were becoming so desperate, they were willing to steal to have them.

Mr Lee said his store was one of only three in Dunedin with smoke cannons, and he believed the Government should use the taxes from cigarettes to cover smoke cannons for all stores.

Police are continuing to investigate the robbery attempt.

How Manse Street got its name

Get a vape, thief.

What a loser, I honestly hate thieves. There should be far stiffer penalties applied to their sentences then apprehended. To say times are tough or the criminal had a rough upbringing is simply a cop out. We all have choices or options and pathways. If you should opt for the wrong path then the consequences and outcomes should reflect this personal choice made. Good on he store owners but those poor buggers have had this done to them numerous times and yet thieves are still targeting them.