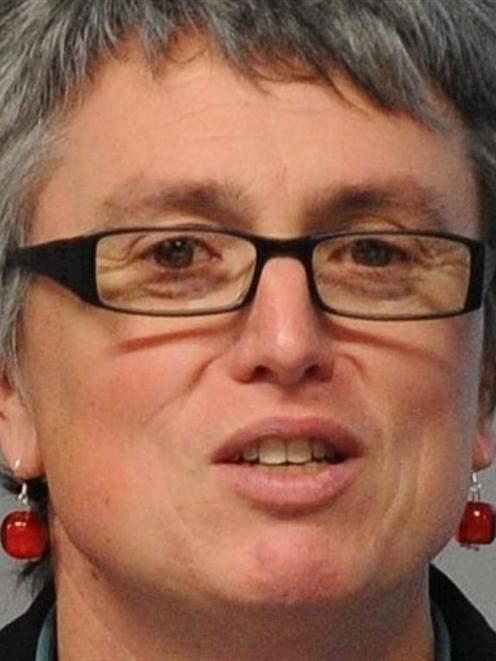 Laura Black.
Social service agencies in Dunedin are bracing for changes that a sector leader suggests some agencies will not survive.

Sweeping changes in the way services such as budgeting, counselling and social work operate will start to take effect in the middle of this year.

It is likely to mean money will be pulled out of some geographic areas and pushed into others, and it is possible Dunedin will lose funding to bigger centres.

The Government is using new "data'' tools to direct money to the neediest, and the imminent shake-up of Child, Youth and Family will add to the changes.

Methodist Mission Southern director Laura Black said some agencies would probably have to band together, and others would close.

"It would be surprising ... if there weren't closures of agencies, because there is so much going on in here.

"This isn't one big change. This is lots of big changes.

"The stuff this Government is talking about is both exciting, and scary.''

Agencies would have to collect much more data to ascertain whether their services were working.

She supported the data focus because it had been an information "desert'' until now, with no clear picture of how money was spent, Ms Black said.

It was important the changes were well managed to lessen the impact on clients.

But they could not be held back by the needs of agencies, Ms Black said, because public money was meant to help people, not prop up agencies.

A social sector manager, who did not wish to be named, said more money would probably be invested in Auckland, and less in Dunedin.

"It's got to come from somewhere,'' the person said.

"I think the politicians would say: ‘What's wrong with that'?

"There needs to be some consideration given to how blunt an instrument you use to determine that.''

Anglican Family Care director Nicola Taylor, of Dunedin, said her organisation would be affected by an overhaul of the country's budgeting services, and there was uncertainty about what would come about.

Part of the budgeting service was likely to switch to online applications, and Mrs Taylor questioned how well that would serve those with poor literacy.

"A lot of the people we work with can't read.''

The biggest potential impact for her agency was the upcoming overhaul of Child, Youth and Family, and she was awaiting that announcement with interest, she said.

The combined effects of the shake-up made it "inevitable'' Dunedin would lose social sector funding, Mrs Taylor said.

Ministry of Social Development community investment general manager Susan Kosmala said in a statement the ministry was shifting funding to those with the "highest needs, and to programmes and providers who demonstrate they are meeting these needs, with evidence about what works''.

A "line-by-line review'' of contracts was under way.

The changes would be implemented over three years.

The ministry spent $12.9million on budgeting services in 2014-15, and was looking for a better way to deliver the service.

Online services were likely to be part of the new budgeting service, but there would still be face-to-face interaction, Ms Kosmala said.

• Government using "data'' to target the most vulnerable

• More stringent requirements on agencies could result in smaller ones closing

• Upcoming Child, Youth and Family overhaul will add to the changes