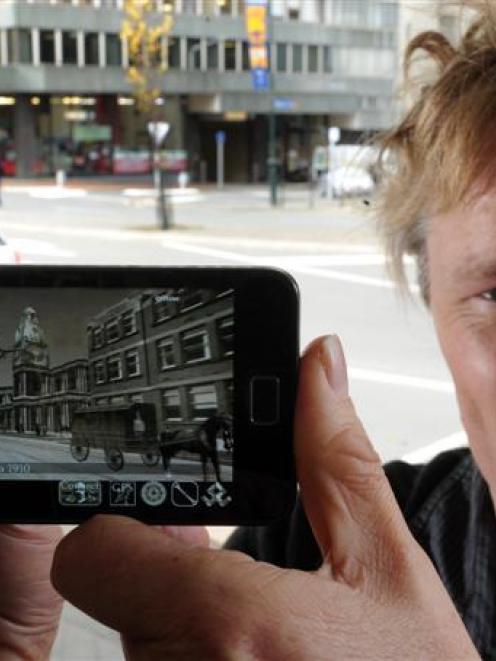 A software developer has painstakingly recreated early 20th century Dunedin, allowing users the chance to catch trams and ride horses around the city.

It took Glenn Linde several months working "12 hours a day, seven days a week" to design the free Android app, Dunedin, which was released this week.

The app recreates in 3-D Dunedin of 1910, by piecing together old black and white photographs featuring the historic streetscapes of Princes St, George St, the Exchange, and the Octagon.

Those not content to walk around and admire the former Stock Exchange, which was demolished in 1969, could catch a tram or even race a horse to the Dunedin Railway Station.

Mr Linde, who has created more than a dozen Android apps, conceded "they haven't taken the world on fire".

"All my apps use the same technology, so I hope someone like Google gets interested and then buy it from me."

GPS co-ordinates allowed those in Dunedin to compare today's street scenes with those of yesteryear, and people could also play online with other users on their Android phones or tablets.

Another of his free apps, Second Temple, invites players to search for the Ark of the Covenant. It has been downloaded 60,000 times.

"There wasn't much interest and all of a sudden there was this massive spike, mainly I think from Christian American users."