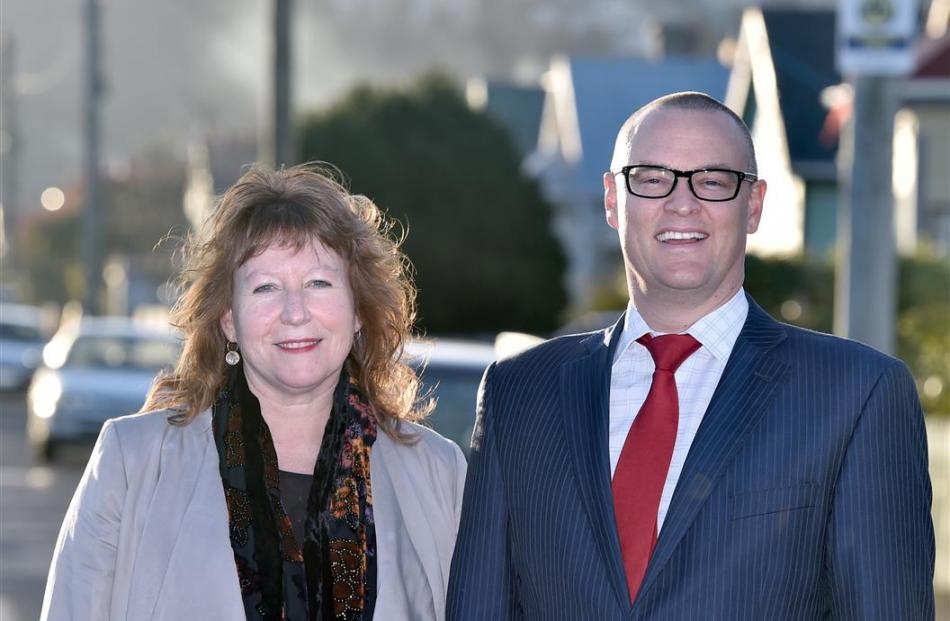 The rejuvenation of South Dunedin will be a priority for an incoming Labour government, working alongside local government to develop a master plan for urban renewal.

Private enterprise and iwi could also play a part in the redevelopment and rejuvenation of South Dunedin and other parts of the country.

As part of Labour leader Andrew Little's major housing announcement yesterday, South Dunedin was singled out for the establishment by a Labour government of an urban development authority.

The Affordable Housing Authority would be directed to focus on South Dunedin as part of its plans.

The authority would have an initial cash injection of about $100 million to be spread across its activities nationwide.

It would be expected to finance itself from its own activities from then on.

The authority would be a Crown entity, like NZTA, and would not pay a dividend to the Crown.

Dr Clark said the housing crisis was not confined to Auckland.

Many regional towns and cities had urban renewal needs with town centres and housing improvements required.

The National Party had been ignoring the regions, often downgrading services in regional centres.

Ms Curran said it was an ideal time for leadership at a central government level to rejuvenate the regions.

The problem was too large for local government to tackle alone.

A Labour government could bring substantial borrowing power to the table.

"This is exciting for South Dunedin. It is the biggest thing I can remember as a new initiative from central government in Dunedin.

"Auckland is important but it can't ever just be all about Auckland.''

South Dunedin was among the oldest and most densely populated suburbs in New Zealand, she said.

It was home to thousands of people and had a long and vibrant history.

With good planning, it had a prosperous and successful future.

But the area also had some of the oldest housing in New Zealand.

Although some houses had been upgraded or replaced, many had not been touched.

Low-lying uninsulated houses were expensive to heat and hard to keep warm and dry.

The main retail area of King Edward St was less vibrant than it once was.

Large-scale retailing had moved to other parts of South Dunedin.

Below-ground infrastructure was ageing in some areas, Ms Curran said.

Groundwater levels were high and predicted to rise further.

The stormwater system relied on large pumps to move water from low-lying areas and stormwater drained into the sea.

Infrastructure limitations contributed to the extent of the 2015 floods.

"Significant reinvestment is needed over the coming years to improve and renew South Dunedin. More certainty is needed to encourage that investment.''

Dr Clark said South Dunedin was the obvious place to start because of the problems the area had experienced in the last 12 months.

Some of his Dunedin North electorate would also be part of a rejuvenation plan.

Logan Park was on reclaimed land and subject to flooding and other parts of Dunedin North were low-lying and affected by rising groundwater levels.

It was a project which needed to be led by central and local governments and private enterprise - central government "needed to come to the party'', he said.

It would work with the community, alongside the local authorities, to develop a master plan for urban renewal and discuss project funding through contributions from central and local government.

The company would co-ordinate investments in infrastructure such as roads, flood protection and broadband and social infrastructure - including schools, parks and community centres.

That would involve repurposing some open land areas, redesign of the layout of some residential, commercial and industrial areas as well as substantial housing improvement and renewal.