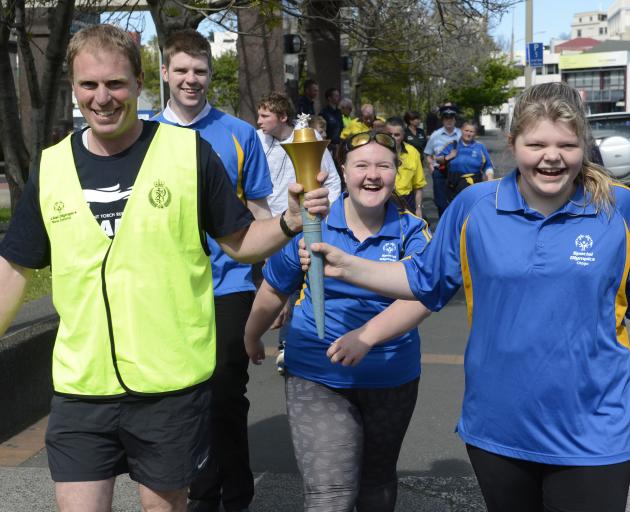 The 2017 Special Olympics National Summer Games are being held in Wellington, and yesterday the games' torch made its way through Dunedin on the trip north.

''The aim is for law enforcement agencies to help raise awareness and promote Special Olympics important role in our community,'' he said.

''The partnership between police and Special Olympics began in the USA in 1981, it has developed into a global event involving 90,000 law enforcement officers across 44 countries.''

The summer games would take place in November and 60 Otago athletes would travel to Wellington to take part.

More than 30 torch runs were occurring throughout the country before the games.

Two torches were being relayed from either end of the country towards Wellington.

''Every major event that Special Olympics run around the world, the local police departments are involved in bringing the torch to the athletes,'' he said.

''Locally, we have a few police staff that are involved with the Special Olympics in their own right.

''Some have children who are Special Olympics athletes.''