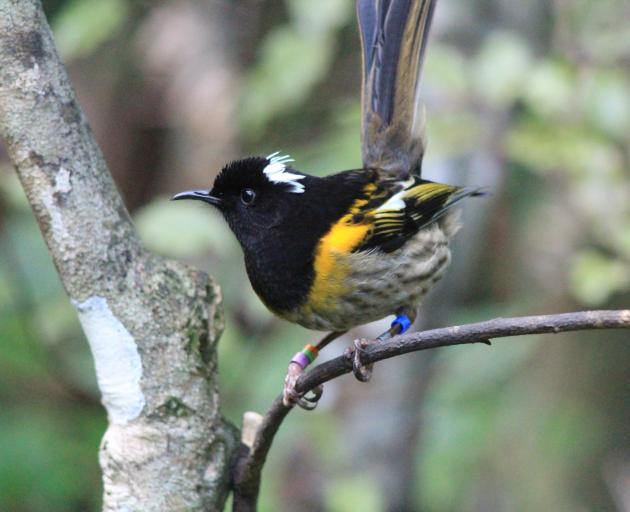 A male hihi or stitchbird perches on a branch. PHOTO: ALEX KNIGHT
Wagers have been flying in from around the world and nearly $4600 has been raised for one of New Zealand's little-known native birds, after "The Great Hihi Sperm Race" was launched by a Dunedin academic last week.

The endangered hihi, or stitchbird, is found in seven locations in New Zealand, and there are believed to be about 1000 birds left.

After joking with other researchers about placing bets on which bird had the fastest-acting sperm, she set up a website encouraging the public to bet, with the money going to the Hihi Recovery Group.

The sperm race began on March 26 and has been in the news around the world, reaching the BBC in the UK and being featured on Hong Kong news site HK01.

"When I actually see the bets coming through, it shows it is really having an impact."

People who select the winning bird will go into the draw to win one of several prizes.

"People have been so supportive."

A few donations came in from the Czech Republic, which made her wonder if there had been press coverage of the race there.

By yesterday morning $4854 had been raised.

Dr Taylor admitted she had wondered at first if the idea was "too weird" but she was pleased with how it had caught on.

"I think this is the first time anyone's done anything like this," she said.

The hihi was a "charismatic" bird to work with and it was a taonga or national treasure, Dr Taylor said, but it was not well-known.

There are no hihi in the South Island, and Dr Taylor's research involved birds from Little Barrier Island, Tiritiri Matangi Island near Auckland, Bushy Park sanctuary near Whanganui, and Zealandia sanctuary in Wellington.

Although the number of hihi was growing at the moment, that depended on people providing the birds with sugar water, she said.

Many of the birds also needed nest boxes, and it would also be expensive to translocate them if that proved to be necessary.

Her research was looking at the effects of inbreeding on the male birds' fertility.

Scientists knew there were issues with hatching success in the hihi population, and it was about establishing at what stage those fertility problems occurred, she said.

Dr Taylor's goal was to raise $10,000 for the Hihi Recovery Group by the time the race closed at midnight on April 22.

The results of the race would be announced two weeks after that.

The sperm race had taken five months to organise, and she hoped it would be a one-off.

"I would like to think we would get some solid, regular sponsorship," she said. 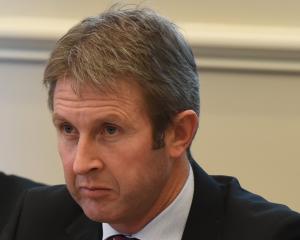 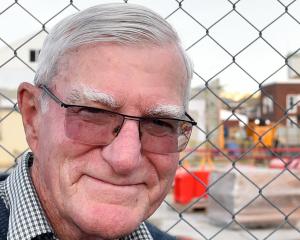