St John gets back to base 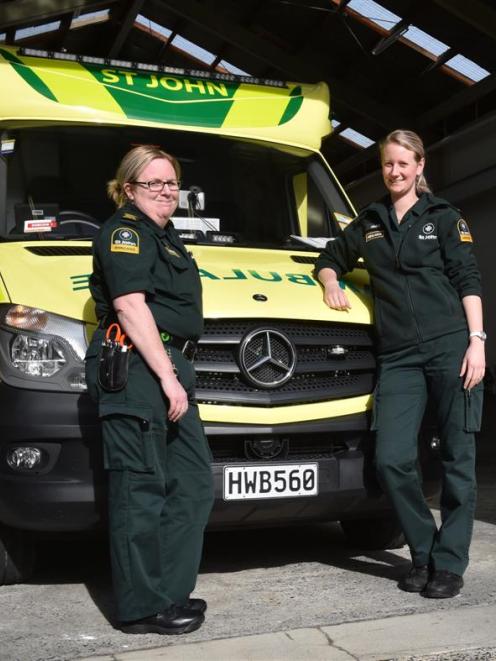 St John staff Karen Lamb (left) and Aimee Morison are pleased to be back at their Hillside Rd base. Photos by Gregor Richardson.
More than 10 weeks after severe flooding swamped parts of South Dunedin, including the St John Hillside Rd depot, the emergency services organisation has moved back in.

The service resumed at its headquarters on Saturday after $28,500 worth of damage was repaired.

The displaced organisation had been at temporary sites at Mitre 10 Mega and the St Kilda fire station since June 3 when flood water, mostly sewage, forced an evacuation.

About a ''foot'' of water destroyed carpets, furniture and provisions at the depot, which responds to about 400 incidents a month.

''We quickly made a decision to [evacuate].''

The depot, which has two staff and one ambulance rostered on 24 hours a day, was based at Mitre 10 Mega for two weeks before it moved to a room at the St Kilda fire station so as not to ''inconvenience'' it.

Mr Bain was very thankful to both organisations for taking them in.

''We're pretty committed to South Dunedin so it was important we minimised the response delays. We couldn't have maintained the service here without them.

''We're just sorry it took so long and we're pleased to be back.''

The temporary locations had no effect on the way the St John depot responded to and carried out work, Mr Bain said.