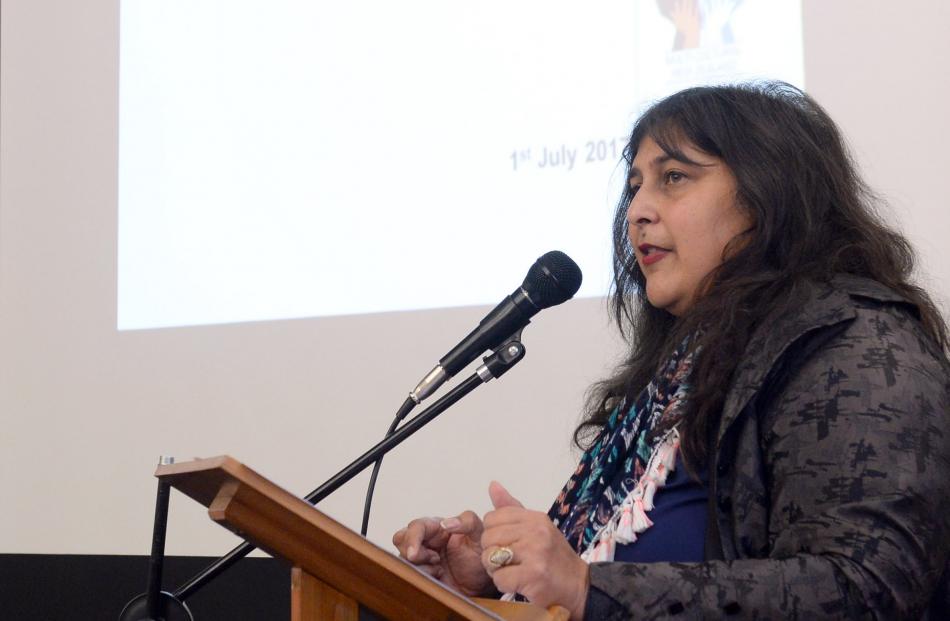 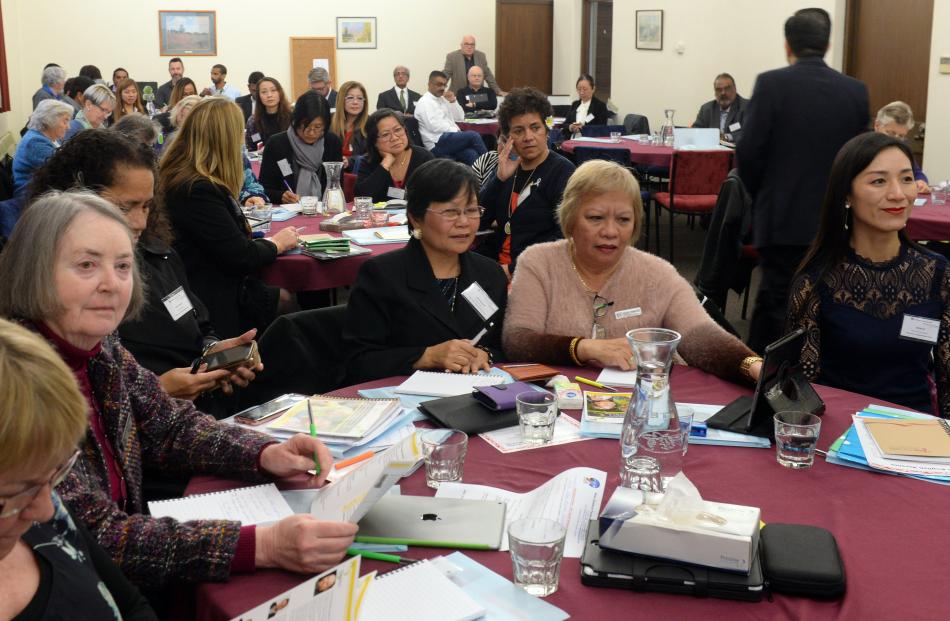 The audience listens to Kamil Lakshman.

New Zealand's immigration policy is shifting away from its ''cosmopolitan'' roots as political parties respond to a rising tide of public unease, a political commentator says.

The warning came from Dr Bryce Edwards at New Zealand's first immigration symposium, held at Burns Lodge in Mosgiel over the weekend.

Dr Edwards, speaking on Saturday, told about 70 people the ''tide has turned in the immigration debate'', both globally and within New Zealand. Political parties of all stripes were embracing a ''more conservative'' stance, meaning New Zealand First, with its hardline anti-immigration policies, was no longer the ''pariah party'' it once was.

What would have been unacceptable in the past had become ''normalised'', he said.

National retained the most open immigration policies of the major parties, because it saw migrants, their skills and capital as ''good for business''.

But National was also ''a pragmatic and populist party that wants to govern'', meaning its principles could ''go out the window'' if public opinion demanded it, and some restrictions were already being introduced.

''National has seen that the tide has turned in public opinion on immigration, and it's diligently followed that shift.''

Labour had traditionally favoured globalism and cosmopolitan attitudes, but ''has now clearly aligned itself with anti-cosmopolitan feeling'', Dr Edwards said.

That could be seen in the party's proposal to cut net migration by 20,000 a year, although its proposals were ''more around the edges and in rhetoric''.

That showed Labour had been ''racialising that discussion in a similar way in which New Zealand First has racialised it in the past'', Dr Edwards said.

Among the smaller parties, Act New Zealand and United Future remained the most open to immigration, while New Zealand First, then the Maori and Mana Parties, were the most opposed.

The Green Party had talked about immigration cuts, but also of lifting the refugee quota.

It was a shifting scene that made immigration ''one of the key political issues'' for this year's general election, New Zealand Federation of Multicultural Councils president Alexis LewGor said.

Immigration - or rather ''ignorance and misrepresentations about immigrant communities'' - had been linked to many major New Zealand issues, from housing to wider economic prosperity, national security and social development, he said.

You will find that people are not so concerned with people immigrating here, it is who is immigrating into our Country....think about it.