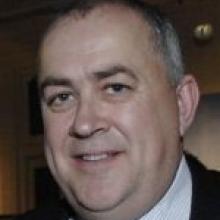 At this stage, inquiries were "tentative" because of uncertainty over contracts and insurance policies.

Most businesses were trying to find alternative premises in Christchurch. Other centres would likely receive the "over-flow", too, he said.

He had been contacted by Dunedin landlords, who were keen to help, rather than profit from the disaster, he said,South Dunedin property was more likely to be in demand than the CBD, he said.

Commercial real estate agent Tim Barnett also had had inquiries, but people were "clarifying" their insurance and other obligations before making plans.

Quake refugees were trying to outbid each other for properties.

Most inquiries were for rentals, she said.

Some people were relocating for business even though firms were unable to make firm decisions about commercial real estate, she said.

"[Businesses] need to know the status of their [commercial] rental contracts and leases before they can make definite decisions.

"They are looking, but I don't think there are people letting [properties] at this stage."

She believed some head offices based in Christchurch were considering a permanent move to Dunedin.

In Oamaru, Triple L Properties had been "rushed off its feet" with inquiries from Christchurch people wanting both short- and long-term properties, company director Trish Woods-Whiting said.

She had handled 10 contracts in the past two or three days.

LJ Hooker property manager Scott Douglas said there had been a reasonable level of inquiry for rental properties from Christchurch, although they had been more tentative at this stage.

He had also received offers of properties for short-term rent, such as holiday homes.

Spivey Real Estate's Tony Spivey had had similar levels of inquiry for all types of rental property in Oamaru, but mostly from people "exploring their options".

Rental property managers in Queenstown and Wanaka have fielded numerous inquiries from Christchurch residents looking for somewhere to live.

Wanaka Professionals agent Nicky Scurr said while they had not yet placed any families into a rental property they were in negotiations with some potential tenants wanting short-term leases.

"It is hard to know exact numbers because we don't always inquire into their situation, but there has been a massive influx of pupils to schools. Some families are here short-term, others have asked about long-term rentals," she said.