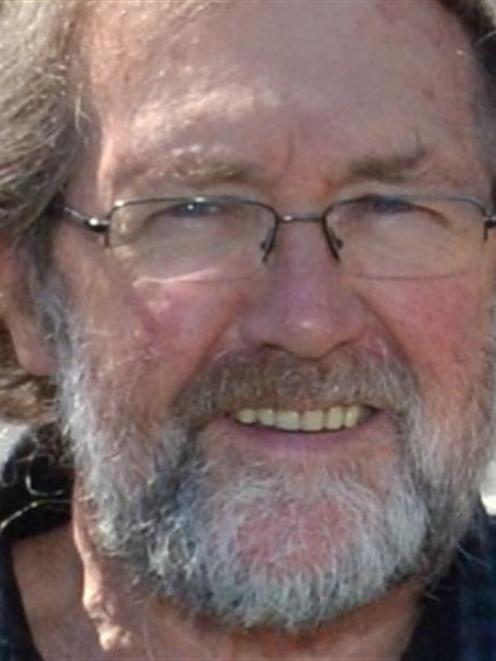 John Bellamy.
A liquor licensing hearing yesterday took a philosophical turn as committee members tried to determine whether the Macandrew Bay Store was a convenience store, a dairy or a grocery store.

Former Otago Peninsula Community Board chairman John Bellamy spoke in defence of the store at the hearing, alongside store manager Shinna Wang, saying access to alcohol was part of living ''in a civilised society''.

''There's no objection from the community [to the licence being granted]. This should be of note,'' he said.

This marks the second time Macandrew Bay residents have feared the store would lose its liquor licence.

In 2011, residents were up in arms after the Dunedin City Council's district licensing committee indicated the store might lose its licence to sell alcohol.

''Any loss of income'' could jeopardise the financial viability of the store, which was only one of its kind in the area, Mr Bellamy said at the time.

The store was eventually granted its liquor licence.

However, now committee members had to abide by the 2012 Sale and Supply of Alcohol Act, which says off-licence permits should not be issued to various shops, including convenience stores and dairies.

DCC licensing inspector Tony Mole acknowledged there was no evidence of ''a problem with the applicant or alcohol-related harm''.

But he and medical health officer Dr Keith Reid presented evidence suggesting the store was more like ''a well-stocked dairy - at best ... a convenience store'' than a grocery store, an important distinction in light of the new legislation.

Mr Bellamy said the store should be considered a grocery store.

Its lack of extensive fresh vegetables and meat products - which Mr Mole and Dr Reid said indicated it was not a grocery store - was only a reflection of the small size of the community and its remoteness, Mr Bellamy said.

Mr Bellamy said Macandrew Bay residents felt ''if they wanted to have a wine, they should be able to go to a local grocery and get one''.

That was the way it should be in ''a civilised society'', he said.

''[Residents feel] they should be able to access the things a democracy supplies, and this is one of them, I suppose.''

The hearing was adjourned to enable the committee to get further information from the store's accountant about the breakdown of its sales over the course of a year.

A decision would be made ''in a week or two'', committee chairman Colin Weatherall said.