Stuck in the mire 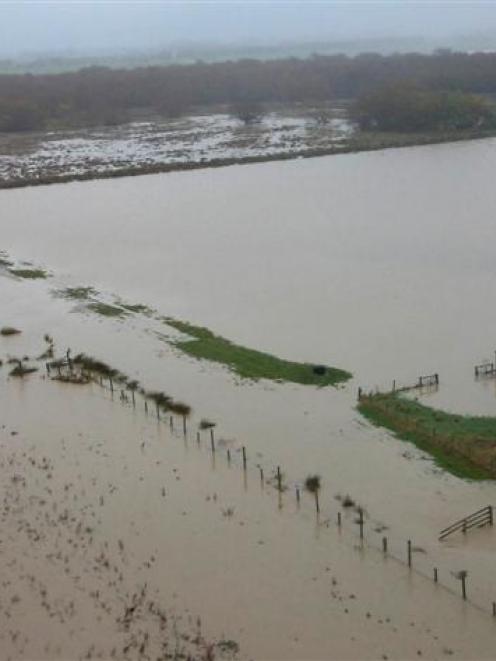 Flooding on the Taieri in 2006. Photo by Peter McIntosh.
In April 2006, local authorities and emergency services swung into action to help the occupants of dozens of homes flooded on the Taieri Plain. Questions were asked about why houses had been built in a flood zone.

Four years on, people continue to buy homes there and to build more. Rebecca Fox and Mark Price went looking for the reasons why.

A report by the Otago Regional Council has reignited debate about how and why people continue to build in flood-prone areas such as the lower Taieri.

On one side of the debate is the regional council, which argues continual development in these areas is exacerbating the potential problems and is calling for building controls in the most risky areas.

On the other side is an Environment Court decision saying consent authorities should not be "paternalistic", instead leaving people to be responsible for themselves.

Local government was hoping a national policy statement for flooding would give councils direction "so we won't have to fight endless battles on one-off scenarios".

Mr Smith was not yet convinced such a statement was the appropriate mechanism to resolve flood issues, but suggested they put the case for the statement, Mr Cairns said.

"He's left the door open. It's as good an outcome we could have hoped for."

Environment Court decisions - such as that allowing a couple to build on flood-prone coastal land at Karitane because they were building a pole house above the expected level of flood waters and had agreed to not seek flood protection works - could set a precedent that could impact on the regional council's aim to restrict development on the most at-risk areas on the Taieri.

"My personal view is that we shouldn't have had to fight that battle. We need to try and minimise the impact."

The regional council had decided not to develop its own regional policy statement to deal with the issue because it was very expensive and could take between three and 10 years, he said.

Such a statement would require the Dunedin City Council to give effect to it in its district plan.

Instead, the regional council had decided to investigate seeking a private plan change to the city council's district plan.

However, he believed it would still take three to five years "realistically" to get the issues dealt with and accepted.

Dunedin City Council senior planner Paul Freeland said there were no provisions preventing subdivision in rural areas prone to flooding such as the Taieri Plain.

The building code and the Dunedin City Council's district plan only required homes to be built to withstand a one-in-50-year flood event.

Following the 2006 floods, the city and regional councils appealed to those building homes to raise their building platforms in certain areas.

However, the city council had been waiting since then for the results of the regional council investigations into the flood risks on the Taieri, he said.

"We need hard and fast detail of the extent of the risk to determine safe residential development and inform a plan change in the future."

The city council considered the regional council to be the lead agency in dealing with flood risk, he said.

"If it said the flood level is this, then we could not have any residential development in that area."

Mr Cairns said city council claims it could not move forward with a district plan change without the technical information from the regional council were "fair".

The work on the technical information was coming together, he said.

City council chief building control officer Neil McLeod said where the council was aware of a flood hazard in an area, it advised the owners of the risks, but it could be done only where the council had a record of past flooding.

"In my personal view, the one-in-50-year restriction is not adequate for many places on the Taieri."

Where it did have records of flooding, it was more difficult and an owner of a property "has to employ some common sense as well".

Since 2006, those building on the Taieri Plain had been constructing homes with higher platforms, although the council could only require the building code level, he said.

There were issues when people wanted "indoor-outdoor flow" which required the floor slab to be at ground level.

"In these cases, we suggest they build up the ground around the house."

In cases where a property owner could not convince the council their slab met the code level, the council tagged the property, meaning if it flooded "don't come to us; you have been warned".