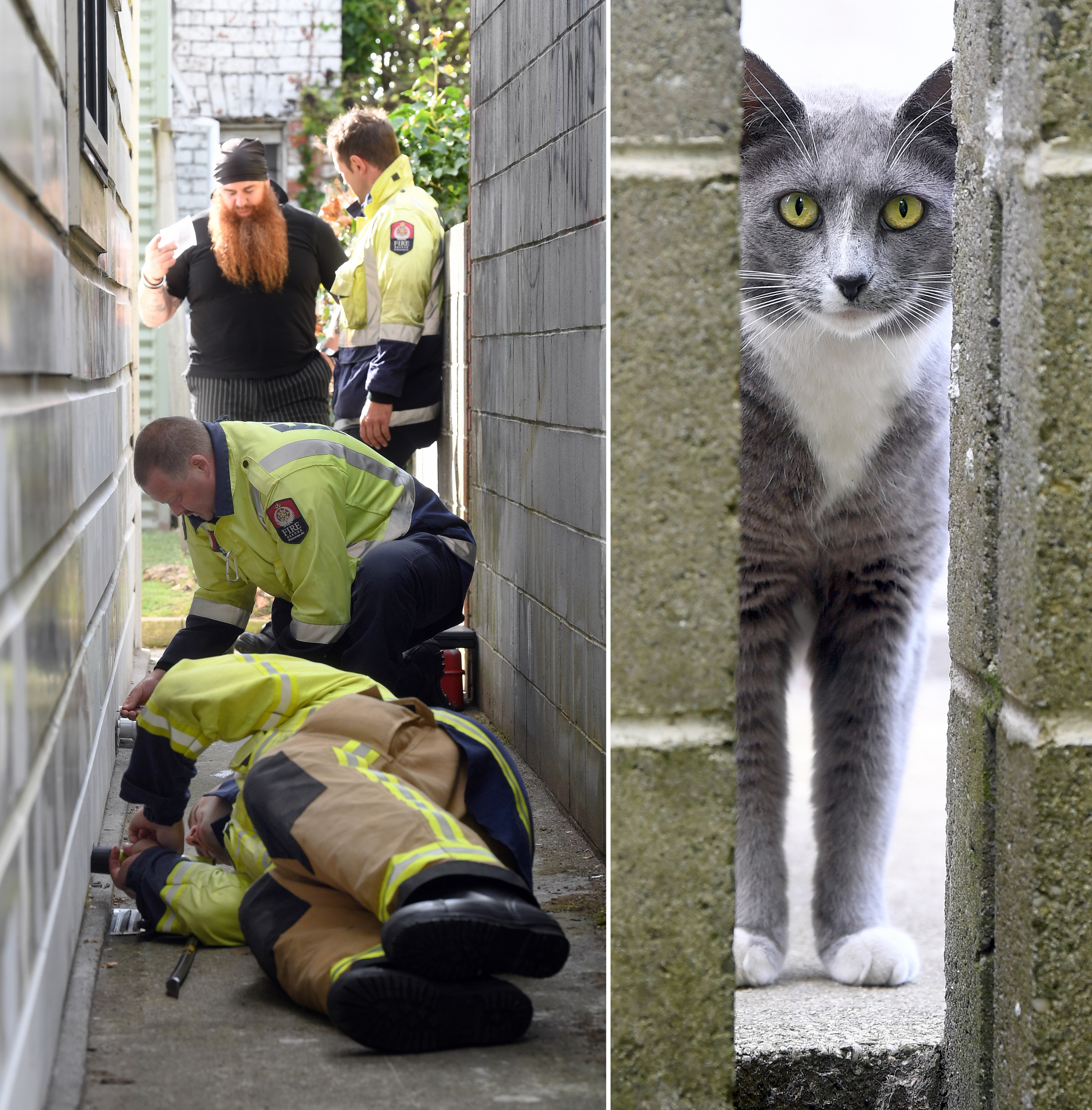 Firefighters and Dunedin Taxis call centre manager Mikey Beban try to coax Poppy the cat out of a vent beneath a Leith St flat. PHOTOS: STEPHEN JAQUIERY
This is a tale of curiosity nearly killing a cat.

Four days ago, Poppy was sunning herself in her usual spot on the roof of a Leith St flat in Dunedin, when something caught her eye.

It was in a tiny courtyard at the centre of the building.

When she jumped down for a closer look, she suddenly found herself surrounded by four walls, and there was only one escape route - a small hole leading to the underside of the flat.

Unfortunately for Poppy, there were no other gaps under the newly renovated dwelling, so she was unable to escape.

Poppy is the office cat at the neighbouring Dunedin Taxis base, and call centre manager Mikey Beban said staff became concerned about her disappearance about three days ago.

They put up some "missing cat" flyers in the area.

"Poppy has been with us for the last six years. It’s wonderful having a cat in the work environment.

"She just comes and goes. There’s food here and there’s cat doors into the building for her.

On Wednesday, tenants at a neighbouring flat contacted him to say they could hear a cat under their floor.

Several attempts by the flatmates, Fire and Emergency New Zealand crews and SPCA staff to lure her out of a vent failed.

Yesterday morning, as concerns grew about her lack of food and water, and her growing level of distress, several holes were cut in the side of the building so she could escape.

Poppy was obviously not used to having so many humans fussing over her. She took her time coming out - about two hours, to be precise.

The experience has no doubt left poor Poppy counting the remainder of her nine lives.