A teenager has escaped jail for his role in an aggravated robbery after his willingness to turn on his friends and testify against them brought forth a guilty plea from one of the men.

Caleb Graham Lynn (18) was sentenced to home detention for his role as a driver in a home invasion robbery in which the assailants wielded a firearm, an axe, a knife and a wheel brace.

The robbery targeted cannabis and money from one of the occupants of the Northeast Valley flat.

The other three men (all 21) received jail terms when they appeared in the Dunedin District Court for sentence in January.

Judge Phillips took a starting point of six years and six months' jail after allowing a credit of 18 months for his lesser culpability than the other three.

Lynn remained in his car throughout the robbery, and only became aware of the plan and the use of weapons ``very late in the piece'', the court heard.

He then received further discounts totalling 65% for his lack of prior offending, his youth and his assistance to the Crown and willingness to testify.

That meant a sentence of two years and three months' jail was reached. To be eligible for home detention an offender cannot be sentenced to any more than two years' jail.

As Mr More pushed for home detention, Judge Phillips responded: ``I get there by manipulation and that's my worry''.

``Is it manipulation or mercy?'' Mr More contended.

Judge Phillips looked to the input of Crown prosecutor Richard Smith, who could only offer that it was ``extremely, finely balanced''.

``If your honour finds that his role and his co-operation with the authorities met the level for a sentence of home detention then I would accept that,'' Mr Smith said.

Judge Phillips allowed for a further discount of three months to Lynn's sentence, because of the difficulty a man of his age would find in being imprisoned for the first time, and allowed home detention to proceed.

Lynn was sentenced to 10 months' home detention, ordered to attend any drug and alcohol counselling he was directed to and not to consume alcohol or drugs for six months following the end of his sentence.

He was also ordered to complete 400 hours' community work. 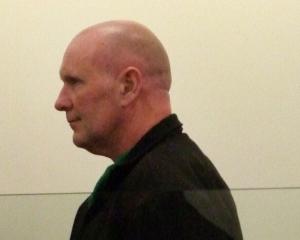