Telemedicine cuts down kilometres and costs 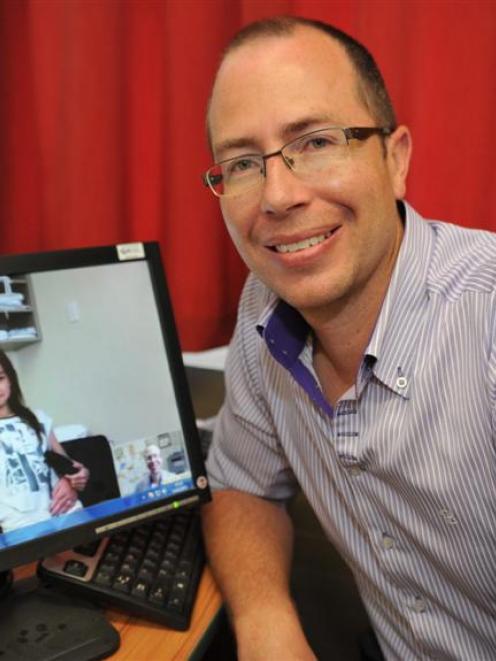 Instead of four trips a year to Dunedin, they will need to visit only once a year, and the rest can be conducted via a technology link to Dunstan Hospital in Clyde.

Mrs Harry asked Dr Wheeler to start the initiative to reduce the number of 600km return trips for the family.

The Dunedin trips meant a day off work for one parent, and a day off school for the girls.

''It's just fantastic. Being closer to home is great.

''I just think it's a great way to deliver specialist services into rural areas.''

The family was accompanied on their side of the clinic by a diabetes nurse. The clinic started in January and is the first formal telemedicine clinic run by the Southern District Health Board.

Diabetes data such as blood sugar levels are uploaded using medical software on a second screen in front of Dr Wheeler while his main screen links with the Dunstan clinic.

Type 1 diabetes is well suited to telemedicine because it involves data analysis and education, rather than physical examination.

He gave a well-received presentation to SDHB members last week in Dunedin.

The board is strapped for cash and telemedicine is a way to reduce costs. The diabetes clinic is expected to save the board at least $1000 per patient per year in travel costs.

Dr Wheeler told the Otago Daily Times yesterday he was being stopped and asked questions by other doctors about how it worked.

Dr Wheeler said Mrs Harry's request was useful because it prompted him to start the clinic, after having considered it for some time.

Extra equipment cost a minimal amount and he liked the fact he could run the clinic from his office computer, rather than setting up a cumbersome technology link.

During the presentation to the board, Dr Wheeler joked that a possible down side was a loss to Dunedin's retail economy from mothers who would have taken time out to go shopping.

Asked about it yesterday, he said one mother politely declined the offer of the clinic, as she enjoyed the trips to Dunedin for that reason.

Other services had had one-off remote consultations but the diabetes clinic was believed to be a first for the health board.

Telemedicine had to be well thought out and targeted to services that could benefit, Dr Wheeler said.