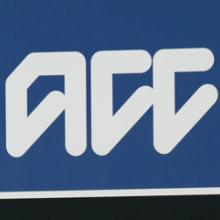 Photo: ODT files
The Accident Compensation Corporation is calling for contractors to help develop plans for a new multistorey building in Dunedin.

In the call for tenders to develop the project, ACC says construction of the new building on the Dunedin City Council-owned Frederick St car park would need to be completed and the building ready for occupation by June 2019.

``ACC Investments wishes to proceed with the detailed design, specification and documentation of the development in order to achieve this deadline, however will focus the initial aspects of this work on examining the commercial feasibility of the proposal,'' it says on the Government's tendering website.

The project was being split into two stages, with the first including evaluating feasibility of the project, concept design and evaluating cost, and the second involving actual construction.

The corporation was looking to appoint providers of lead design, geotechnical and structural engineering, quantity surveying and project management services.

``Other professional services will be included as the project evolves,'' it said.

It said ACC had evaluated accommodation options and decided its preferred approach was to ``use its space requirement and its credentials as a potential anchor tenant to trigger a new development in
central Dunedin''.

The call for tenders comes after the council last month voted to give ACC an exclusive 12-month period to explore options for the Frederick St car park.

The council came in for criticism for reneging on a previous undertaking to earmark the strategic piece of land for the Dunedin Hospital rebuild.

ACC has a significant presence in the city, with about 430 roles across its three sites, and it has said consolidating its operations at the Frederick St site could involve increasing staff numbers based in the city.