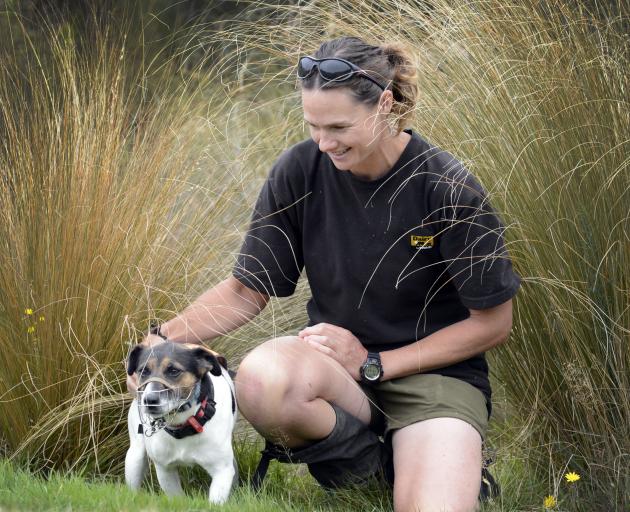 For the past four days, Christchurch-based dog handler Angela Newport and fox terrier Macca have scoured the ecosanctuary for stoats.

Ecosanctuary conservation manager Elton Smith said the search came up with no positives for the mammal.

"We've got a few different ways of tracking stoats, so we can say with some accuracy we're stoat-free."

The twice-yearly dog searches covered all 64km of tracked walkways in the 307ha fenced sanctuary.

If a stoat was detected Macca would "change its behaviour, wag its tail, and get all excited".

In 2015 about four stoats were found in the sanctuary and although no saddlebacks were found dead, it was assumed the predators had "decimated" the population.

"They're the No1 predator in the country, really. They're smart, agile and they kill regardless of whether they are hungry or not."

Young kiwi, robins, tuatara and takahe were also at risk, he said.

"There's a whole suite of very sensitive creatures in here."

It was not known how the stoats penetrated the fence in 2015, but the prevailing theories were either a water gate became jammed and the stoats made it through, or they climbed over the fence after snow when the hood of the fence was frozen.

A 4000ha area surrounding the sanctuary is covered by the Orokonui Halo Project in which traps are used to take more pressure off the predator-proof fence.

The stoat-tracking team will have a few days' rest before searching for predators on Stewart Island.