A specific and detailed threat against University of Otago graduation ceremonies forced an eleventh-hour abandonment yesterday and a cloud of uncertainty hangs over more events.

Hundreds of students and their families who gathered in Dunedin had - suddenly - no formal ceremony to attend when the decision to postpone was announced just after 11am.

Hundreds more will be in doubt about whether they should attend university graduation ceremonies scheduled for Saturday, next Wednesday and the following Saturday, as well as Otago Polytechnic ceremonies tomorrow.

As of last night, police had not arrested the person or people who made the threat and this morning they told the Otago Daily Times there was no update.

One puzzle was why the university decided to postpone so late, given the threat was made "earlier this week".

Police did not reveal the nature of the security threat or its precise timing, but said it related specifically to university graduation ceremonies.

University of Otago vice-chancellor Harlene Hayne said yesterday’s decision to postpone was made quickly after a strong recommendation from police to do so.

At this stage, the university intended to go ahead with the other planned graduation events, Prof Hayne said.

Otago Polytechnic is expected to make an announcement today about its planned graduation ceremonies, after an update from police. 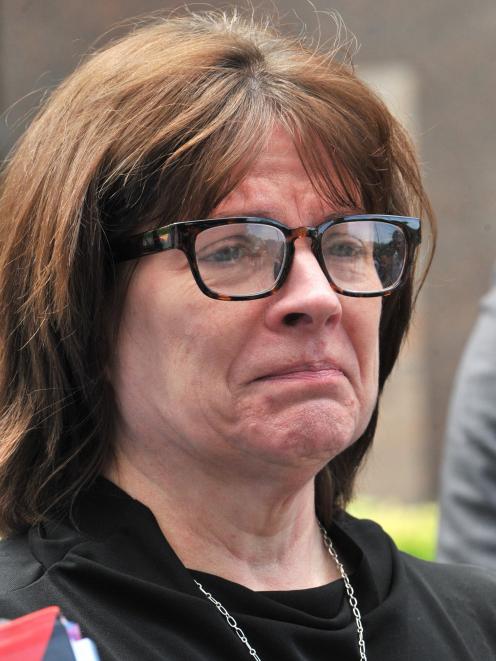 Polytechnic chief executive Megan Gibbons said the polytechnic was in regular contact with police and was watching the situation closely.

Police maintained a presence in the Dunedin central business district and the university campus yesterday and Southern district commander Superintendent Paul Basham said officers would continue to work with the university in the coming days.

"We take threats of this nature seriously and acknowledge it is upsetting for those directly affected and our wider community."

Dunedin Mayor Aaron Hawkins was advised the threat was not considered a broader threat to the city, beyond the graduation events.

Steps were taken to ensure the safety and security of Dunedin City Council staff and venues.

The university indicated the threat was received electronically.

Police and the university did not say why there seemed to be a lag before the final call was made.

Prof Hayne said the situation was distressing for anyone who had planned to be involved in the ceremonies.

"For many, this was the replacement ceremony because of previous cancellations due to Covid-19," she said.

Caroline Freeman College warden Chris Addington, carrying a New Zealand flag, and students and family walk away after planned University of Otago graduation ceremonies in Dunedin yesterday were postponed. PHOTO: PETER MCINTOSH
The university has yet to consider a date for the next replacement ceremony.

Asked if parents and students should come to Dunedin for ceremonies on Saturday and next week, Prof Hayne said, "right now, hang fire".

"We’ll keep you posted - as soon as we know anything, we’ll let everybody know."

"It’s a traumatic turn of events for our community, in an already challenging week, following
the royal commission of inquiry into the mass shooting in Christchurch," Mr Hawkins said in
a Facebook message.

In an interview with the Otago Daily Times, Mr Hawkins said the threat was unsettling for a generally quiet and peaceful corner of the world.

"The police and the university made the right call [to postpone]," he said.

In a message recorded on video, Mr Manning spoke directly to students who would have graduated and their families.

"Just know that this does not diminish the significance of your achievement.

"You’ve done it. You’ve graduated. Be proud and share this moment with your friends and family."

More than 600 polytechnic students are due to graduate tomorrow.

Supt Basham appealed to the person or people who sent the threat to "come forward and bring this to an end".

Unbelievable that someone could do that. Let's hope the person involved is caught soon and gets the treatment he / she needs.

So as regular citizens we aren't allowed to know anything at all regarding a supposed threat to us?
Stop treating us like babies and try telling us the truth for once

Don't be so bloody precious and let the Police get on with their job instead of being a whiny baby.

There's an active police investigation in process, of course they are not going to divulge information that isn't necessary for the public to know in the meantime.

Some people are so self-entilitled.

The big fear lever is here now. Any time you want frightened Kiwis to be frightened, pull the lever. And the people wobble about like a punch and judy show.