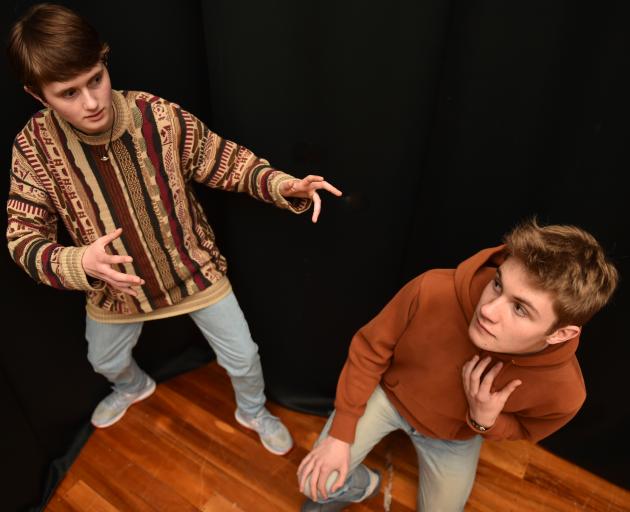 Ready to hone their acting skills abroad are Moe Stebbings (left) and Casper McGuire (both 17). PHOTOS: GREGOR RICHARDSON
Three Dunedin pupils have been rewarded for their efforts in acting and costume design with a trip to the Globe Theatre in London next July.

Bayfield High School pupil River Charteris-Wright was chosen for her work as a costumier, and for her acting.

Moe said being selected after competing in the SGCNZ national Shakespeare schools' production was something that would take some time to sink in.

"I was told I was in and struggled to keep calm. 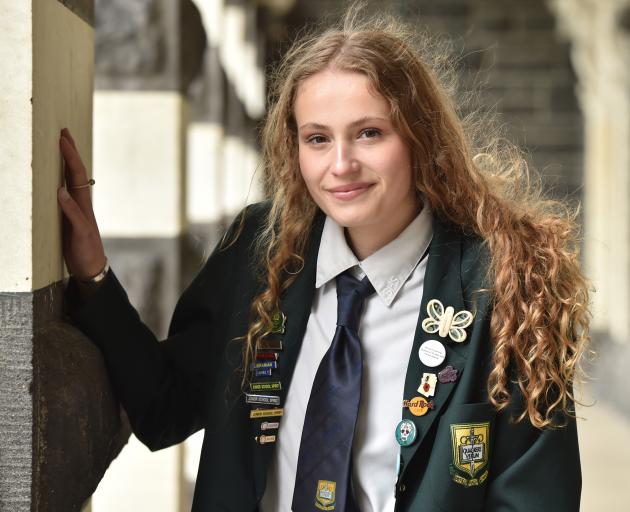 Going overseas for both costume design and acting is River Charteris-Wright (16).
Logan Park High School co-principal Kristan Mouat said it was rare for two pupils to have been selected from one school.

"They're both high flyers so it's not surprising.''

The two-week trip would include workshops, rehearsals and Shakespeare-themed tours.

Tuition from directors and rehearsal would culminate in a final performance at the Globe Theatre.

Participants had been chosen on the basis of performative ability, their ability to relate to others and whether they would give back to the community following the trip.

The three pupils had begun saving the required $9000 each for the trip.