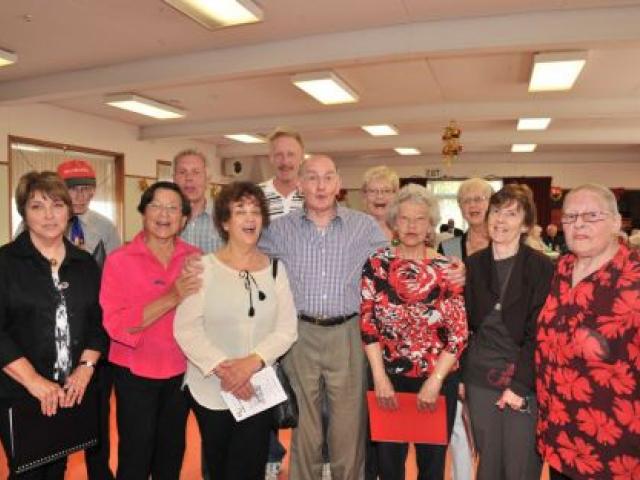 The Dunedin Operatic Carol Singers began its 50th season of carolling and, remarkably, with an original member still in its ranks.

''We still sing pretty much the same things we did 50 years ago,'' founding member Charles Campbell, who proudly admits to being ''73'', said yesterday.

''I've kept going all these years because I really enjoy it. It's about fun and sharing the Christmas spirit. We just go around different homes and sing our hearts and souls out.''

The group was conceived in 1964 by his brother and former Dunedin professional opera singer Colin Campbell.

''I'm really thrilled to know that they are still doing this,'' Colin said from Auckland yesterday.

''It is great to think that from that spark of an idea, after 50 years this group is still giving pleasure to others less fortunate.

''We had a vibrant social group that made its own fun. It seemed that every second weekend there was a party at someone's house and, inevitably, we would sing our favourite show songs around the piano,'' Colin Campbell recalled.

''The idea was eventually mooted that as we sing a lot for our own pleasure why not do this for the pleasure of others as well.''

Dunedin Operatic Carol Singers members over the years have read like a who's who of Dunedin musical theatre, including Mona Semke, Boyd Craig, Les Goatham, Graham Clarkson, Pat Sheridan and philanthropist Les Cleveland, who died in May this year.

''Les Cleveland was a founding member and he would also have marked 50 years this year,'' Charles Campbell said. The group started its 2013 season at the New Zealand Foundation of the Blind last night.

''We don't really see each other from one Christmas to the next. This is our first rehearsal,'' a member for 42 years, Maureen Williamson, said.

''It's pretty amazing, considering it all started late one night after a boozy party, 50 years ago ...''