A culture of recording and distributing explicit images of unsuspecting teens by their peers is rampant in Otago. Daisy Hudson investigates the worrying trend, and its impact on those caught on camera.

Jane* has blurry memories of that night.

After passing out on a bed at a party, the teen vaguely remembers a door briefly opening, and then closing.

She did not know that a male party-goer had entered the room.

She did not know that he soon began performing a sexual act.

And she was also unaware that someone had slipped their phone through a crack in the door to film what was happening.

The amateur videographer made no attempt to stop what was occurring.

In an era of increasing awareness about the interconnected issues of consent, alcohol, and sexual violence, the incident should be an aberration, a rarity.

But Jane says it is just one in a long line of explicit recordings made of Dunedin highschoolers in compromising positions or, in some cases, being sexually assaulted.

And there are allegations some schools are often aware of the videos, but attempt to hush them up.

The issue was highlighted by a recent video which depicted two First XV rugby players from an Otago high school engaged in a sexual act, while other teens stood around cheering them on.

The video, filmed at an alcohol-fuelled party following a match and widely shared on social media, has been verified by the Otago Daily Times.

The ODT contacted half a dozen Dunedin secondary schools about the wider culture this week. One responded.

Police say the issue is prevalent, but the decision whether to prosecute is not as simple as it may appear.

Jane, a former Dunedin high school pupil, said the culture around explicit videos and videos of sexual assaults had been around at some Dunedin schools for years.

"There’s been a lot of sexual stuff that’s been recorded ... every week, or month, there’s new videos coming out.

"You can whip out your phone, it’s the easiest thing to do, and then all of a sudden you have all this power with what you’ve recorded."

As well as the humiliation of the videos themselves, there were further repercussions.

"When it happened for me ... people would yell out stuff about the person that was in the video with me. It’s spiralling from a drunken mistake into bullying."

She believed schools were often aware of videos doing the rounds, but did little to stop it.

"A lot of my friends showed teachers and staff members the video, but nothing was really done, as long as we weren’t talking about it in school time."

A girl at her school allegedly filmed another girl naked during a school trip, she said.

"The next year she was made a prefect." 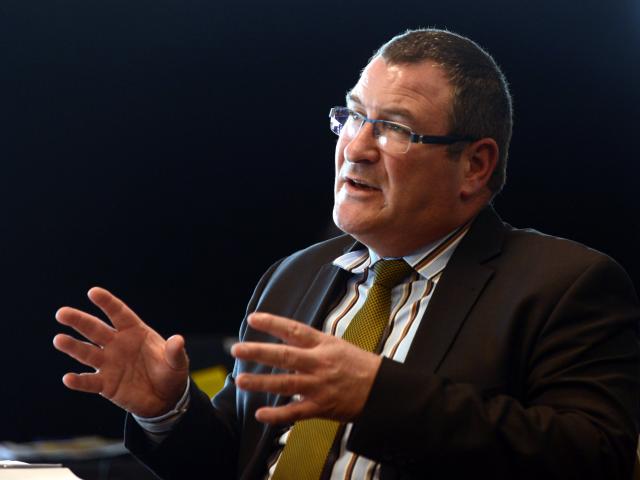 Police had prosecuted teenagers for creating or sharing intimate recordings before, he said.

Pupils at a different Dunedin high school were aware of nude photos being shared without consent.

One pupil said some teens seemed unable to make the connection between online activity and real-world consequences.

Another said consent needed to be taught as part of the curriculum, and much more in depth than it was now.

"Much better sex ed would a be a good start."

A former pupil of another Dunedin high school, who left at the end of last year, said there were similar videos and photos being shared the whole time he was at school.

In one instance, a teen had a photo taken of them while they were skinny-dipping at a beach, which was then widely shared.

He believed the issue was prevalent at most schools.

"When other people from different schools are bringing it up, it indicates it must be quite widely spread."

He also believed schools often knew about recordings going around, but generally tried to keep them quiet.

Most pupils filming and receiving the material thought it was funny, he said.

But there were potentially serious impacts — something police had to carefully consider after learning of intimate recordings.

Det Snr Sgt Croudis said often the videos were created as a result of a stupid decision at a party, rather than malice or predatory behaviour.

"We don’t want to necessarily introduce a child to the criminal justice system in relation to a one-off incident of being foolish.

"I don’t buy sledgehammering walnuts, I buy education, I buy people having respect for each other and not doing that kind of stuff.

"That’s where we’ve got to go; we can’t keep sending people down to that courthouse for decisions to be made that introduce them to a world of harm."

Police did not necessarily have to receive complaints to investigate something.

It was a matter of discretion.

"If there was something really abhorrent we became aware of through other means, then we have the discretion to be able to say ‘we should look into that’," he said.

Sometimes, police would be contacted by a third party about a video that was circulating.

After seeing it, if there was possible criminal behaviour or the individual should know it was circulating, then an approach might be made.

If police believed someone was taken advantage of, they would investigate.

Det Snr Sgt Croudis confirmed police had not investigated the most recent video, and no complaint had been made.

As for schools, they had a duty of care for pupils while they were at school but were not required to take information to police, especially without the consent of the pupils, he said.

"To suggest that they’re wilfully not telling police against the wishes of the individual is taking things too far, in my view."

He urged young people to consider what substances they took, ensure they trusted those around them, and think about the consequences of their actions.

Trust was also important for people who allowed themselves to be filmed or photographed, as the material could later be shared beyond what was agreed.

The ODT contacted a selection of Dunedin high schools with a range of questions, covering issues with any explicit videos at their own schools, to the support the schools offered for pupils affected by such videos.

Rector Richard Hall said the school had not had an incident exactly like the most recently circulated video.

However, he said, it often had to deal with instances of harmful social media practices inside the school.

"We have a zero tolerance policy to students filming other students without their permission and are increasingly using restorative practices to engage students with the understanding of harm.

"We choose to be in the solution, even for things that happen outside of the school, because it comes back into the school."

He disagreed with the notion that schools covered up incidents, saying his school would, at times, encourage families to report incidents to police.

"I am sure, school counsellors all over the country do this work every day, with very little in the way of practical and real help. So, practically, schools do not highlight these issues to their community because by doing so the harm will often be increased."

He pointed to the effect of alcohol on decision-making, and to the limited ability of parents to monitor their children’s social media activity.

"I am yet to see, with over 25 years of experience, any one tool or method that will mean every teenager makes the best decision every single time.

"I think conversations around pornography, consent, social media and the like need to be aired publicly more often."

*not her real name 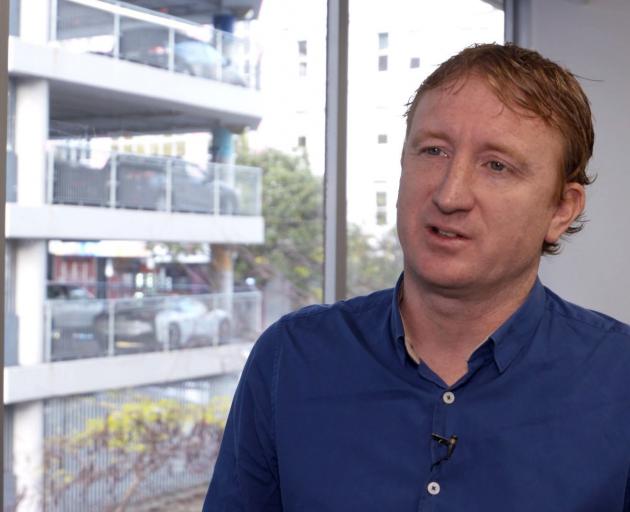 That equated to about 4000 cases a year.

Some teens did not understand the harm they were doing, both to the victim and to themselves, by recording or sharing intimate images without consent.

"The majority of young people make good decisions, but the problem is that a small number make bad decisions or impulsive decisions."

Netsafe recently launched a joint campaign with the Classification Office of New Zealand, called Bare Facts, to teach young people and their families about what happens to intimate images once they leave their phone and why consent is important.

"The experiences highlighted here demonstrate that sexual abuse and sexual harm is perpetrated and perpetuated in both the physical and digital realms, and moreover, when sexual harm is disseminated online it represents risk to safety and has the potential to further traumatise victims/survivors.

"There is support out there for people who have experienced sexual harm, whether online or offline."

OCASA’s services were free and confidential, open to people of all genders and all backgrounds aged 16 years and over.

"There are also specialist organisations out there too for people who are seeking support around harmful sexual behaviours."

If you need support

If you have an emergency, dial 111

The ELEPHANT IN THE ROOM is society's attitude to alcohol. While so-called leaders in society condone the use and abuse of alcohol and drugs joking about how 'wasted' they or someone else was the other night, the abuse of alcohol will continue to cause other problems in society.

This article starts out by stating that Jane passed out on a bed at a party as if this is the most natural and normal thing for any morally upright person to do with their evenings. It then continues with what some other drunk kids did blaming them for some specifics of their out-of-control behaviour.

What if Jane had passed out on a motorway and been run over by a bus? Do we decry the behaviour of the bus driver?

The liquor industry spends and makes fortunes educating us that it is normal for the Janes of the world to drink themselves into an oblivious state then fall off to sleep anywhere in public. We all laugh at the way these Janes waste themselves. Our Government it is scared to intervene because of potential voter backlash ... and the lobbying prizes that would disappear ... so we discuss the problem of photographing alcoholics instead.