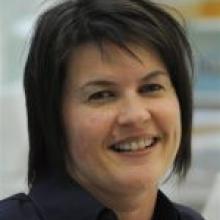 The tropical forest is part of the museum's Discovery World science centre and is home to about 1000 tropical butterflies.

A report on recent "accidents and incidents" at the museum, tabled at yesterday's Otago Museum Trust Board meeting, noted there had been two recent accidents involving the pond, on January 7 and January 10 this year.

In the first incident, a child had been climbing on a rock and slipped, falling into the pond.

In the other incident, a museum employee had been climbing over rocks near the pond. Her foot "slipped off one rock as she was stretching out and she fell into the pond", the report noted.

After the first incident, the area had been checked for any trip hazards. Paths and rocks were cleaned free of moss, and no further action had been required.

After the second incident, museum staff were advised by email and at a meeting that they were not to climb around the rocks to access the pond and were reminded of "the correct and safe way" to enter it.

Museum exhibitions, development and planning manager Clare Wilson said no-one had been hurt in either incident involving the shallow pond.

About 350,000 people had already visited the tropical forest and there had been few incidents or accidents there. Adults and children had been well-behaved while viewing the brightly coloured butterflies, she said.