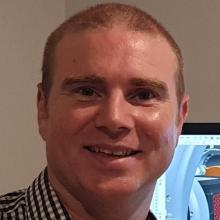 There had been extensive recent job losses in Otago-Southland resulting from coronavirus pandemic, but the southern film and television industry offered brighter prospects and could spark job growth, he said.

Otago-Southland, including Dunedin and Invercargill — the latter where The World’s Fastest Indian had been filmed — provided a widely diverse settings for films, ranging from coastlines to mountains, he said.

Many film locations around the world were now off-limits because of Covid-19 risks to casts and crew, and New Zealand’s low Covid-19 status was clearly a competitive advantage, he said.

There was a growing level of interest in shooting films and television programmes in the Otago-Southland area, both from overseas film companies and from New Zealand-based initiatives.

The film and television industry was a high export earner, and as existing productions restarted and new ventures began, many benefits would flow into the southern economy, including through higher demand for accommodation, hospitality and rental cars, and new jobs would be generated, he said.

Dunedin’s wild beaches and headlands had been visited by United States cinema scouts several times in recent months, and the city was still in the running to host a big United States-linked feature film.

He was aware of six film projects, six television projects and four short film projects under development with filming in Dunedin and Otago-Southland in mind — double the projects being considered at the same time last year.

And in the nine months to the end of March, he had fielded 79 film-related inquiries, up from 43 at the same stage the previous year.

International studios were aware that New Zealand had done a "great job" in containing Covid-19 and offered a safe, appealing environment to host film-makers, and this was backed up by a skilful New Zealand film industry, he said.