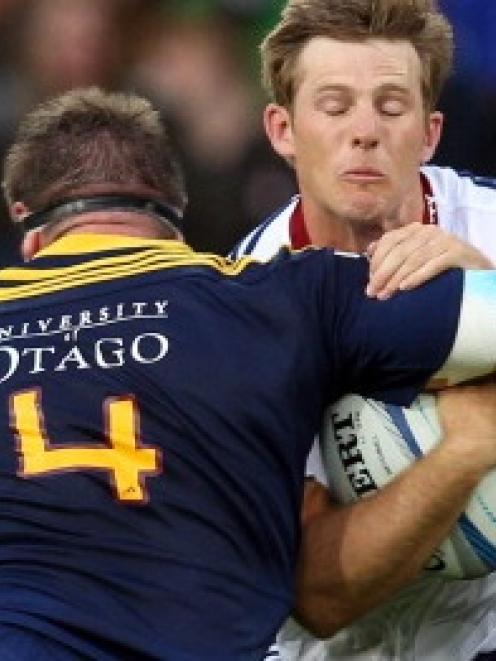 An Official Information Act request on the cost of the two-year sponsorship deal from the Otago Daily Times was declined on the grounds the information ''would prejudice the commercial position of the Highlanders and the university''.

The decision to decline the request has been criticised by the Tertiary Education Union (TEU), which also came out strongly against the deal when it was announced last month.

However, the university did release how much it spent on advertising in each of the past five years - the figure hovers at about $1.5 million.

Director of marketing and communications Virginia Nichols said the university was the third-largest institution in terms of student numbers, but spent the fourth-largest amount on advertising.

The amount the university spent took into account that it had the largest proportion of students from outside its local region.

''Due to this, it is important that we continue to attract students to the university from around New Zealand, and that we have a campaign to support our marketing activities.''

TEU Otago University organiser Shaun Scott said it was disappointing the university had not released how much it was spending on the sponsorship.

''Our view would be that it is public money and that if they are comfortable with spending money on sponsoring a professional sports team, they should be comfortable telling us how much they spent,'' Mr Scott said.

Commenting on the amount spent on advertising last year, he said the union's view was the money would be better spent elsewhere, such as on learning resources and staff.

''This isn't about attacking this particular university. It is a broad issue that tertiary institutions shouldn't be spending money [on advertising] to compete against each other,'' he said.

The vast majority of people from outside the region did not come to Otago University because of advertising.

This was borne out by the Graduate Longitudinal Study, which showed only 3.8% of New Zealand university students ranked marketing among the top three reasons for choosing an institution, he said.

Vice-chancellor Prof Harlene Hayne said at the time the sponsorship deal was announced that it would come out of the marketing and communications division's existing budget.